EON: government plans for carbon capture will not work 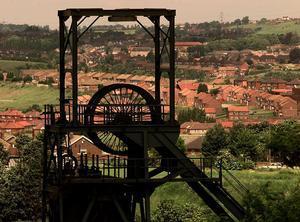 The government has said it will fund a £1bn trial plant designed to reduce the carbon emission of up to four coal-fired power stations by 90%, paid for by a 17-year levy on consumers' energy bills.

But EON has already delayed its Kingsnorth trial plant by up to three years and a separate consortium of RWE nPower, Dong and Peel Energy withdrew from the government's competition earlier this month.

Golby said: "There are two elephants in the room: markets and money. If these are not resolved, nothing is likely to progress to long-term CCS beyond the blueprint stage.

"It will be difficult to justify as an investment if clean coal plants are primarily back-up generation to be used when the wind is not blowing to power turbines."

The technical problems with CSS moved a step closer to being resolved after an experiment at Scottish Power's Longannet coal-fired power station in Fife. In the test, carbon emissions were captured in a solution called an amine before being reheated and piped under the sea. Scientists say they have now found a chemical mix for the amine that is sticky enough to grab the carbon molecules but does not need a large amount of energy to extract it, making the process more commercially viable.

Last week, Parsons Brinckerhoff release a report that said that the UK's energy generation capacity will halve from 80GW to 40GW after 2020, which could lead to power blackouts.