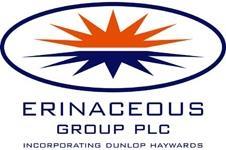 Erinaceous has confirmed that it is considering the sell off of its insurance arm following speculation in the press.

The Erinaceous board said that it had been approached by a number of potential suitors about the sale of Erinaceous Insurance Services.

It said it would now review whether selling the insurance business would be in the best interests of the group.

The EIS management team said there were “significant opportunities for developing the business which is largely separated from the issues facing the parent.”