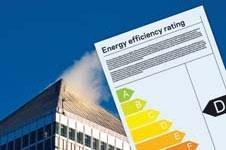 All new buildings and refurbishments will be subject to European energy efficiency measures according to a recasting of the Directive to be announced last week. At the moment, only buildings or refurbishments above 1,000 sq must meet minimum energy performance requirements and give formal consideration to alternative systems for heating, including CHP and decentralised energy supply.

The EU is also expected to announce that Display Energy Certificates (DECs) must appear on a broader range of public buildings. Currently, the UK Government has decided that only Government-owned buildings need show certificates although the legislation states that all buildings ‘regularly visited by a large number of people’ must publicise the certificate.

"It's something of a paradox," said John Goodall, director of technical and envioronmental affairs at the European Construction Industry Federation, "since we still have to implement the DIrective that we have."

"The biggest change is the removal of the 1,000 sq m threshold which is relatively uncontroversial in theory, but hard to know what it means in practice."

"Member states not having performed too brilliantly up to now and that's why the Commission may well decide to set stricter requirements in future withy tighter control mechanisms. I personally think that the first EPBD was far too vague on a number of issues and that leaving them to member states clearly hasn't worked terribly well," said Ursula Hartenberger, Royal Institute of Charted Surveyors (RICS)

Only about a quarter having properly transposed and enforced it and 17 infraction procedures are underway. The first judgement on Greece's failure to notify it of implentation measures is expected shortly. Closer to home, Following disaster with the much watered-down HIPS legislation, the UK is to introduce energy performance certification for commercial buildings in April. However, certification of assessors was only completed two weeks ago and many people fear that there will be insufficient assessors to carry out assessments of buildings 10,000 sq m.

Member states will have to transpose the amendments into their national legislation. Following a consultation period, these will take at least a year to get through the EU according to Goodall.

"The most important thing about any possible changes is that they should be a) cost-effective, b) practical and practicable and c)easy to communicate to the public," said Hartenberger.