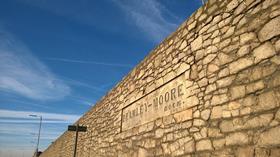 Turnover and profit at Sheppard Robson were both up last year, as the highest-paid employee took home more than £1m.

Sheppard Robson, which is working on plans to design a new ground at Bramley Moore Dock (pictured) for Premier League side Everton FC alongside lead architect, US practice Meis Architects, and is also on the winning team for the £250m London Centre for Music planned for the Museum of London site next to the Barbican, has offices in London, Glasgow and Manchester.