Fallon: 'Times are tough for construction'

Exclusive: New construction minister sets out priorities and concedes importance of PFI review to the industry 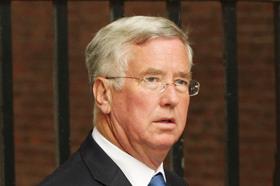 New construction minister Michael Fallon has conceded that the government’s long-delayed review of PFI is a key issue for the industry and has assured the sector that the government will soon bring forward its ‘son of PFI’ proposals.

Fallon was appointed to replace Mark Prisk as business minister within the Department for Business, Innovation and Skills as part of the government reshuffle last week, and was handed the construction brief as part of his business portfolio.

Previously Prisk had dismissed the importance of the long-delayed review of PFI to the industry, despite it forming a key part of industry lobbying.

But Fallon told Building this week that he understood the urgency of bringing forward the government’s PFI review. “I do think this is an important issue for the construction industry,” he said.

He said the government’s review was aimed at ensuring PFI secured better long-term value for money for the taxpayer, “while making sure we retain the benefits that successful PFI can deliver”.

“This includes getting projects built to time and to budget, and creating the correct disciplines and incentives to manage risk effectively,” he said.

Fallon’s comments came as chief secretary to the Treasury Danny Alexander this week confirmed that the PFI review would be announced this “autumn”.

As Building revealed in July, the government’s PFI review, which was initially expected earlier this year, and then before the summer recess, had been pushed back until autumn.

Alexander said the Treasury had had a “really high level of engagement from industry with responses to the consultation, and over 100 further stakeholder discussions”.

“We’re now considering those responses and will be setting out our conclusions this autumn,” he said.

Fallon said his initial priority as construction minister would be to “listen to industry and understand its main priorities”, but noted the importance of the continuing with the Green Construction Board and the delivering the government’s construction strategy.

He added: “Government has two central priorities - reducing the deficit and promoting economic growth. I am very keen to work with the industry to make this happen.”

“Times are tough for the industry; the latest ONS statistics make that clear. The central challenge the industry faces is how to cope with the current level of demand in ways which do not needlessly compromise its ability grow in the future. It is a serious challenge and one I do not underestimate.

“As well as last week’s announcements on infrastructure and housing, there are other ways the Government can offer support to businesses in times of constrained demand. That is why I want to be more serious about cutting red tape without compromising on safety. It reduces the costs of being in business and ensures that effort can be focussed on what really matters.”

Senior figures in the sector said they would reserve judgement on Fallon’s appointment until they had met with the new minister, noting that construction is just one of Fallon’s many business ministerial responsibilities.

“He is something of an unknown quantity and we don’t know yet to what extent he will be focused on construction,” one senior figure said.

He said he hoped Fallon recognised the importance of construction to driving the government’s key priority of economic growth. “The danger with all ministers in business departments is that they celebrate car manufacturers and whizzy things,” he said.

“But actually construction is manufactured in the UK, by the UK for the benefit of the UK.”

Others said the appointment of Paul Deighton, chief executive of the London Organising Committee of the Olympic and Paralympic Games, to a ministerial role at the Treasury, where he will head up the government’s infrastructure push, would likely be more significant for the industry.

“Put it this way: Treasury is the more important player and we will be beating a path to Paul’s door first,” said one industry figure.

But Alasdair Reisner, director of external affairs at the Civil Engineering Contractors Association, said: “Fallon seems to be well regarded within the party, which should mean that if he wants to do something he won’t get too significant an amount of buffeting from within government.”