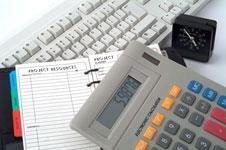 Capita Symonds, Faithful + Gould and Mace are among the firms appointed to a government project management framework estimated to be worth around £800m.

Mott MacDonald, Jacobs, Rider Levett Bucknall and Pick Everard are also understood to be among the successful bidders for the long-awaited Office of Government Commerce project management framework, which prequalifies firms for jobs for public bodies including Whitehall departments, the NHS, councils and emergency services.

The five firms on the previous framework have all been reappointed. They are: EC Harris, Gardiner & Theobald, Lend Lease Projects, Turner & Townsend, and Drivers Jonas in consortium with Davis Langdon.

The framework will run for four years.