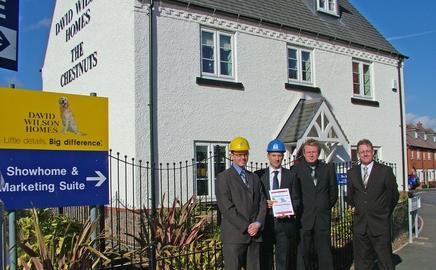 Elmhurst Energy has produced what it claims is the first "on construction" EPC for a new building dwelling. The certificate was created for a new house on David Wilson Homes' The Chestnuts scheme in Leicestershire.

‘On-Construction’ EPCs are required for new build homes from April 6th onwards for inclusion in the Home Information Packs (HIPS). Existing homes have needed an EPC since August 2007.

Design director for David Wilson Homes Derek Caddy made a modest claim about EPCs: “In future years I believe people will look back at the introduction of EPCs as one of the most significant moments in the history of energy conservation in the UK. It brings the issue global warming home to everyone at an individual level.”