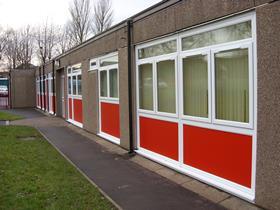 The Department for Education has moved to calm fears that its flagship £2.4bn school building programme has been hit with further delays, as it published further details on the procurement of construction work through the programme.

In a notice published on its website, the Department for Education (DfE) said the 219 schools to be included within the PFI element of the £2bn Priority Schools Building Programme (PSBP) would be procured through 20 batches in total, comprising four batches, each year, for the next five years.

In a document published as part of a tender for a legal adviser for the PFI element of the PSBP, the department said each batch was likely to include between 5 and 16 schools, with a mix of primary and secondary schools, and would range in capital value from around £50m to over £100m, depending on the size and nature of the schools.

The document said each batch of schools would be procured through competitive dialogue within approximately one year from OJEU notice to financial close, with the first schools in the programme opening in the academic year 2014/15. It said for each batch three bidders would be taken through to the dialogue stage, with one successful bidder then chosen.

It added that the selected bidders would be asked to design one primary and one secondary school, “with these designs being required to be capable of being rolled out as standard for the subsequent schools in that batch with adaptation where necessary”.

“Bidders will need to work up the solutions for the subsequent schools very quickly during the selected bidder phase to ensure the programme is achieved,” it added.

The DfE document said the legal adviser for the PFI element of the PSBP would be appointed by October this year, meaning PFI schools could start to come to market from the autumn.

Work through the PSBP was initially expected to be tendered in April so construction could begin in 2012 but was pushed back to “late summer” in March.

In May education secretary Michael Gove announced that the first 42 schemes under the PSBP would be funded by direct capital grant, worth up to £400m and would be procured through the DfE’s existing contractor’s framework.

The remaining 219 schemes are to be funded by a £2bn PFI programme, the procurement route originally intended for use across the whole scheme.

As revealed by Building in June, it is understood that the first wave will be procured through five batches - including three batches of the grant-funded schools and two batches of PFI schools.

Following the government’s move last month to delay the outcome of its review of PFI again, fears were growing that the PSBP could also be delayed.

However, DfE spokeswoman insisted the first schools would come to market in “early autumn”. She said schools capital body the Education Funding Agency was “already working with the first of the schools to be rebuilt.”

However, the spokeswoman would not say how many of those batches of schools would come to the market in the early autumn - or whether they would be directly funded or PFI schools.