Winner to be appointed later this year

Lendlease has revealed a list of five practices in the running to design a mixed-use market building at the centre of its £1.5bn Birmingham Smithfield regeneration.

The firm was chosen in January as Birmingham council’s development partner for the scheme in the Digbeth area of the city.

It launched an international competition last month to find an architect to design a new building for the city’s Bull Ring markets.

Now it has drawn up a shortlist of three UK firms – 5th Studio, Pulica Associates and David Kohn Architects – along with a fourth bidder, French practice Moreau Kusunoki Architects, and a pairing between London firm ACME and Barcelona practice b720 Fermín Vázquez arquitectos.

Shortlisted teams will now work up proposals ahead of a mid-tender charrette on 8 August with a winner chosen later this year. 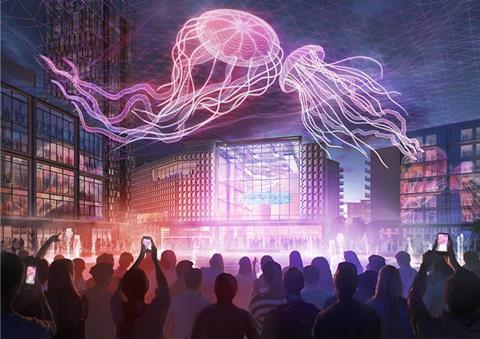 The overall Smithfield scheme will take 15 years to complete

The Smithfield site is next door to the Bull Ring shopping centre, which includes the Selfridges store designed by Future Systems, the practice Amanda Levete headed with her late former husband Jan Kaplicky.

Levete is a member of the competition’s jury as well as being its external architectural advisor.

Work on the markets scheme, which is due to be carried out by Lendlease’s construction arm, is set to start on site in spring 2022 for an opening three years later.

The wider Smithfield plot covers 17ha and will be home to the markets as well as leisure and cultural space, a public square and more than 2,000 homes. The scheme will take 15 years to complete.