Second phase of Priority School Building Programme, due to run from 2015, may be delayed by up to nine months 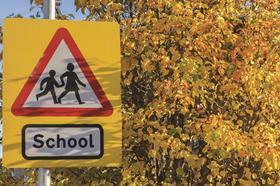 The government will not start procurement of the £2bn second phase of the Priority School Building Programme until next year, amid uncertainty over the outcome of the forthcoming Spending Review.

Two separate sources close to the programme have told Building that procurement of the programme, launched in May 2014 by then schools minister David Laws, may now be put back until as late as June or July next year, with spring seen as the earliest date.

When the programme was launched, Laws said it would run from 2015 until 2021, with the Education Funding Agency’s (EFA) supply chain expecting the first schools to come out to market in September this year.

The Education Funding Agency has now told contractors that it will not make a formal announcement on the timetable for procurement of the 277-school programme until the end of the year, after the Spending Review later this month.

However, despite supply chain sources insisting the news represents a delay of up to nine months on what they previously expected, a spokesperson for the EFA said there will be no delay to implementation of the PSBP programme overall, which is due to complete by 2021.

One source close to the programme said: “They were supposed to start procurement in September this year, and now they’re saying it might not come out until June or July next year. Given previous experience this could easily end up being later.”

The news comes as chancellor George Osborne prepares to unveil departmental spending for the forthcoming parliament in the Spending Review. In 2013 Osborne said £21.5bn would be found to fund investment in school buildings in the 2015-2020 parliament. However, the figure wasn’t included in the Conservative Party manifesto.

A separate source said: “The £2bn has got to go through the Spending Review, as the Treasury have got to look at everything. [EFA capital director] Mike Green is confident it will stay intact, but he hasn’t got the authority to procure yet.”

“There’s huge demand because of the shortfall of places and the backlog of repair work showed up by the [school] condition survey […] There is a crisis building.”
The news came as the EFA revealed it is considering setting up a specialist property organisation which will work with private developers in order to secure sites for new free schools. The Conservative Party’s central education manifesto pledge was the construction of 500 free schools over the course of the parliament.

A DfE spokesperson said: “As part of looking at how we can best meet our free schools commitment, we are in the early stages of exploring options to build on the role of the EFA to acquire potential sites.”

The spokesperson said there was “no delay” to PSBP 2, and that “scoping studies for all the schools in the programme have now been completed and we are developing the programme of work.”