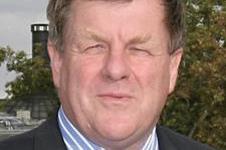 Michael Byng, former head of QS faculty, to fight allegations of dishonesty over non-payment of fees

Michael Byng, the former chair of the RICS’ QS faculty, is facing expulsion from the body over allegations of dishonesty.

Byng, who led the group from 2005 to 2008 and had a close involvement in developing its New Rules of Measurement (NRM), has been served with notice of a disciplinary hearing. The 60 year old, who has been fined by the RICS once before for professional misconduct, said he was seeking legal advice and would not rule out court action.

The case will be an embarrassment to the RICS, which has booked Byng for speaking engagements on the NRM. He is also a member of its international governing council.

Several charges have been made against Byng, whose firm, Michael Byng Project Control, went into administration last year. These include that he did not pay delegate fees to the Council of European Construction Economists after claiming the money in expenses from the RICS.

The allegation concerning the economists was the subject of a hearing on 1 October, at which the panel decided against suspending Byng, although it said it was “a serious allegation” and that the “reputation of the RICS may have been affected”.

Byng said that his firm went into administration before it was able to pay the council, and that he has since reimbursed the body. He said he had no means of paying £40,000 owed to subcontractor Rail Resources because it had been dissolved.

Byng said: “I’m no longer prepared to be treated like this by an organisation that I’ve served for so many years.”