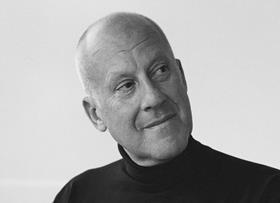 The firm’s directors shared £3.2m in performance related pay with this figure included in the overall £11.6m it shelled out in bonuses in the year it bought a huge stake in the business back from private equity firm 3i.

Its report and accounts filed at Companies House show that in the year to April 2015, revenue at the UK’s biggest architect broke through the £200m barrier for the first time, rising 30% to £205m, while underlying profits were up 44% to £51.7m.

The firm’s full pre-tax profit was £229m because of the exceptional impact of the financial restructuring carried out during the year, with the bulk of this coming from £212m of “finance income” gained when it bought back the 40% stake that had been held by private equity firm 3i since 2007.

Foster’s said it was also treating the bonus payments as an exceptional item along with a £2.7m bill it racked up as part of the financial restructuring.

Chairman Norman Foster said: “[The 3i] initiative has served us well and last year marked another stage in our evolution when we bought out the share and have since redistributed it across the practice.”

He added: “The motivation for all of us is in the challenge of design but the outcome in material terms for this financial year is a record turnover and related bonuses shared across the entire team.” Its wage bill for the year went up to £65m from £53m.

The salary of the highest paid director, who is not named but is thought to be Foster himself, jumped from £1.2m in the previous year to £1.9m this.

Foster’s biggest market is the Middle East – where it has won the scheme to design the stadium which will hold the final of the 2022 World Cup in Qatar – followed by North America with the pair accounting for half of its business last year. Its work in Asia slipped slightly but revenue more than doubled in South America to £18 million while business in the UK was brisk with turnover up 42% to £27.7m.

The number of people working at the practice at the year end was just under 1,300 but this has since increased further to more than 1,400. It said that 40% of employees are women while the average age of staff is 34.

The accounts were signed off last month by Matthew Streets, who remains the acting managing partner. He took over that role following the departure of former chief executive Mouzhan Majidi who was handed a £2.2m pay-off by the firm when he left the business in early 2014. Iranian-born Majidi is now the chief executive of Zaha Hadid Architects.