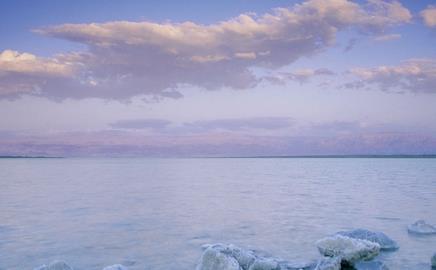 Foster + Partners has not been included on the shortlist to work on plans for a canal between the Red Sea and the Dead Sea in the Middle East.

Architects at the practice have been working on speculative proposals for the project for two years and were hoping to be selected by the World Bank to take on an £8m feasibility study to further their ideas for the “Red to Dead” scheme.

The scheme is one of Lord Foster’s pet projects, and he regularly lectures on the firm’s ideas for it. The proposals have been seen by members of the Jordanian government, as well as Israeli charities.

However, Building understands that the Foster–Buro Happold team has not been selected to prepare the feasibility study, which was commissioned by senior representatives from Israel, Palestine and Jordan in 2005.

A six-strong shortlist, which includes US engineers CH2M Hill and German firm Dornier has been released by the World Bank. It is thought that the Foster team is in negotiations with the shortlisted firms to try and join one of their consortiums.

Building first revealed last July that Foster had been working on plans for the 180km canal, which is intended to replenish the Dead Sea with water from the Red Sea.

The water level of the Dead Sea has fallen more than 20m in less than 50 years and the current rate of decline is about 1m a year. The loss of water will have huge environmental and social ramifications if not reversed soon, according to the World Bank.

Foster’s plans were based on creating a canal and using it as a catalyst for regeneration, allowing farming, agriculture and settlements. They also planned to use the canal to generate hydroelectric power.

For more on the Red to Dead scheme, go to www.building.co.uk/archive