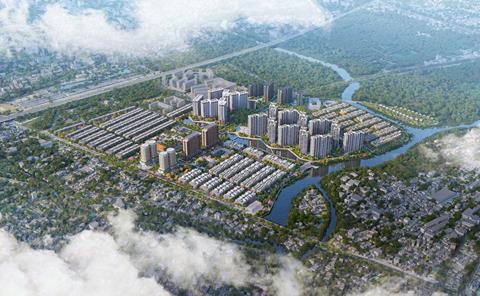 Foster & Partners has been appointed to masterplan a high-rise district in Ho Chi Minh City, Vietnam.

The practice was hired as architectural advisor by Masterise Homes, the developer of Global City, a 1.17ha neighbourhood in An Phu, part of the southern city’s emerging Thu Duc district.

Thu Duc was founded in 2020 on a 211sq km site in the west of the city which is already home to a million people. The government’s aim is that it will attract fintech, educational and IT businesses and start-ups and that it will eventually contribute a third of Ho Chi Minh City’s gross regional domestic product.

As well as designing the residential-led masterplan for Global City, Fosters will give technical and sustainability advice to Masterise on what the authorities are characterising as a city within a city.

Gerard Evenden, head of studio at Foster & Partners, said the design would balance biodiversity and human wellbeing, with the buildings surrounded by landscaped public spaces.

Toby Blunt, a senior partner at the firm, said it was Fosters’ first township in Vietnam, and added: “We are excited to extend our footprint in the country.”