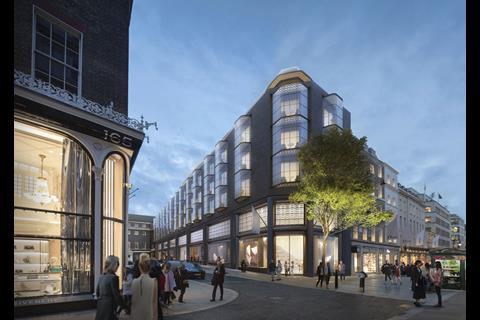 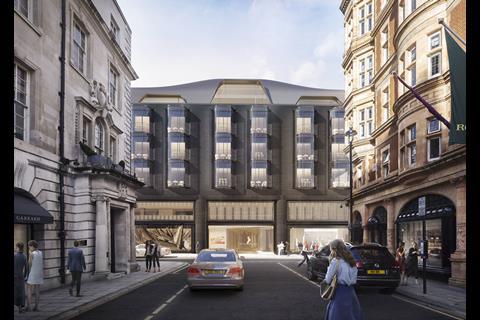 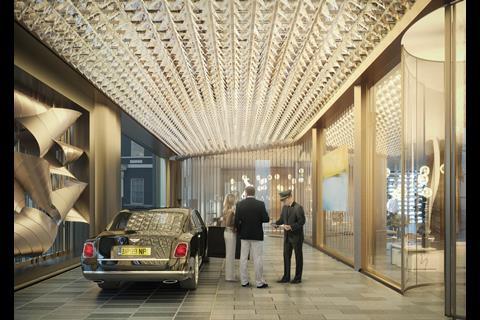 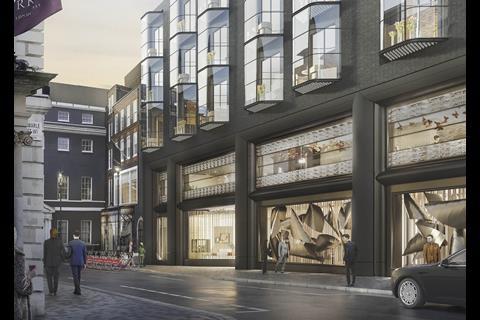 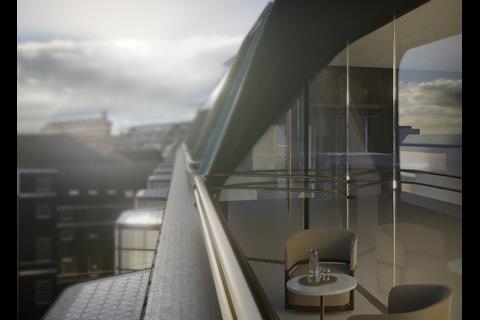 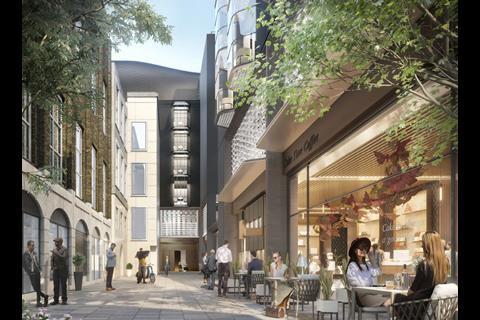 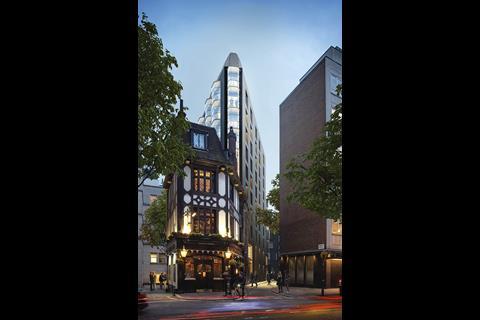 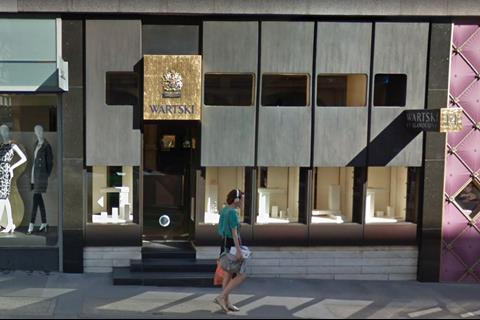 Foster + Partners has submitted proposals for an 83-room hotel, new homes, shops and restaurants on a prime site in Mayfair.

The scheme, submitted on behalf of client O&H Grafton Street, would require the demolition of all buildings on the site, which is bounded by Grafton Street, Bruton Lane and New Bond Street.

The principal building on the site is an office block designed by Seifert & Partners in the early 1970s. The site also features three other office buildings.

The Fosters scheme would also preserve a grade II-listed shop front at 14 Grafton Street, which is part of the Seifert building. Designed by John Bruckland in 1974 for the jeweller Wartski, the bronze-panelled façade would be dismantled and incorporated as part of a new retail unit in Barlow Place.

Westminster council suggested the application could be determined before the end of June.