Funding reforms to PFI could put clients off projects 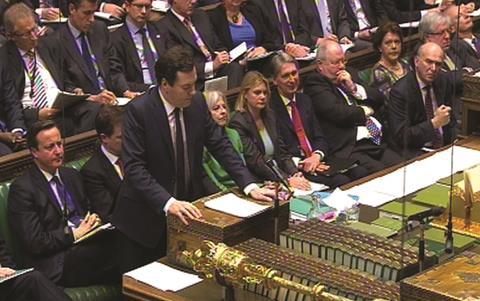 The reform of PFI deals, which will in future be known as PF2, was just one element of a wide-ranging Autumn Statement by the chancellor George Osborne, in which £5.5bn of government spending was diverted to capital projects, including new schools and roads.

Previous PFI deals have typically relied on equity investors to supply 10% of their funding. However, the government this week said that “PF2 is structured to widen the sources of equity finance and encourage longer-term investors,” with the public sector and institutional investors now also expected to take an ownership stake. There have been speculation that PF2 deals are likely to require 20% of funding to come from equity investors.

The government says structuring the deals in this way will make the projects less risky and encourage new sources of long-term funding.

However, Richard Threlfall, partner at KPMG, said that with 20% equity, a £500m project would cost £50m more over the 30-year life of the PFI.

“It’s just nonsensical as it should be the riskiness of the scheme that drives the level of equity. Doing it like this just forces up the cost of financing. These are big sums to pay for a benefit that is hard to spot.”

Richard Abadie, partner at PwC, said: “They’re doing this to bring in the capital markets and institutional funders, but it will just make projects more expensive.”

Concerns over the PFI reforms, which were broadly welcomed, were also focused on the government’s decision to limit the tender stage of projects to 18 months, with a threat to pull funding at the end of the period if the preferred bidder stage isn’t reached.

Treasury documents published this week said funding would be withdrawn after 18 months “unless an exemption … is granted by the chief secretary. The government will retain discretion to make a contribution to failed bid costs of shortlisted bidders where it sees fit”.

Abadie said: “If the Treasury pulls funding for schemes that aren’t agreed where it’s not a bidding company’s fault, then that would be a disaster. If the market will have to carry the risk of that, then they might not bid.”

Overall the construction industry has reacted with relief to the publication of the new form of PFI - PF2. But the desire to increase equity has raised concerns because of the cost implications - with any higher costs meaning the financing system is less likely to be used by hard-pressed government departments.

Equity is more expensive because investors in a company typically expect to get a return of 12-15% per year on their stake. Meanwhile banks lending money on PFI projects only expect to get about 6% in interest each year. This means raising the proportion of equity in deals will, on the face of it, increase annual costs to the PF2 project vehicle.

KPMG’s calculation of a 10% increase in the capital cost over 30 years assumes a debt cost of 7.5% and equity return of 12%, and that these returns remain fixed.

The government, however, argues that any increased costs will be offset by two benefits - first, that the debt portion of the finance may be cheaper because a vehicle with more equity is seen as less risky, and second, because other investors may be tempted to take equity stakes, bringing new money into the sector, and so enabling more projects to be financed in the long run.