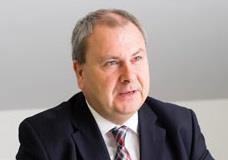 Galliford Try has posted record half-year profit, as its chief operating officer Ken Gillespie announced he is to retire next February.

The firm posted increased profit across its housing, regeneration and construction businesses. Overall, pre-tax profit increased 24% to £52.9m, up from £42.5m, while revenue increased 12% to £1.3bn, up from £1.1bn.

Gillespie will retire in February 2017, but will step down from the firm’s board from the end of this July.

Commenting on his decision to retire, Gillespie said: “I have been immensely privileged and proud to have led and worked with great teams and great people throughout my time at Galliford Try.

“I will leave the business in a strong position and, having appointed Bill Hocking in September 2015, I know the business is in excellent hands to continue its success.”