Galliford Try has said that full-year profit will be towards the top end of analysts’’ expectation when it publishes them in September.

Analysts are expecting profit to come in at between £9m and £11.2m for the year to June with the firm saying in a trading update the number will be at the higher end of the range. 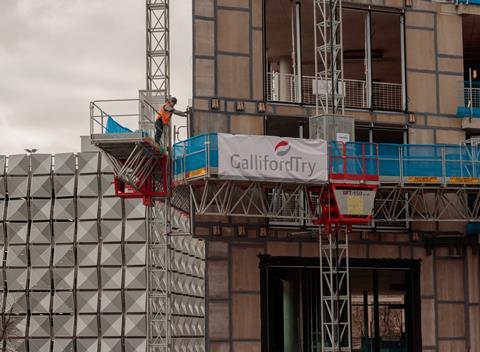 The firm said it hasn’t been hit by problems getting hold of materials, adding that its investment in modern construction methods and digitalisation had helped mitigate the impact of the shortages.

It said at the year-end its cash position stood at £215m while average month-end cash during the year was £164m.

The firm said its order book was £3.3bn, up from £3.2bn last time, with 90% of revenue secured for the new financial year. The firm is due to release its full year results on 16 September.

Meanwhile, Costain said underlying trading had remain profitable in the six months to June ahead of the firm releasing its interim results next month.

It added its net cash position of £113m was ahead of expectation, although down from the £141m last time. But its average month-end net cash balance for the period was £102.9 million, up from £56.3m last time. Costain said its order book was £4bn at the half year, down from £4.2bn for the same period last year.

Cenkos analyst Kevin Cammack was unimpressed with the level of detail given in the update.

“[It] gives the barest and conspicuously chooses to overlook trading performance other than a reference to the fact that, on an underlying basis, [the half year] has remained profitable. We have to therefore presume that over the year as a whole Costain is tracking within the boundaries of market expectation.”