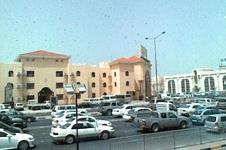 Galliford Try is poised to make its first move overseas that will see its contracting business enter Qatar.

The hybrid contractor and housebuilder plans to branch out in the Middle East country to offset the downturn at home.

Chief executive Greg Fitzgerald said: “There is a lot of potential for our water and infrastructure business in the region. Buildings have gone shooting up in the country but there is not necessarily the infrastructure to cope with it all.”

Asked whether the company had looked at any other areas in the Middle East, he said: “We looked at Dubai but the train had already left the station. In Abu Dhabi the train was leaving the station but in Qatar the train hasn’t arrived yet.”

The company already has a team of six in the country and hopes to break ground on its first project this year.

No deal has been signed but Fitzgerald said the company was currently pricing a series of projects.

He added: “Because of the downturn in the UK, we can send some of our top people over there.”

He declined to reveal whether the company was looking at other countries but said Qatar was a good springboard for other projects in the region.