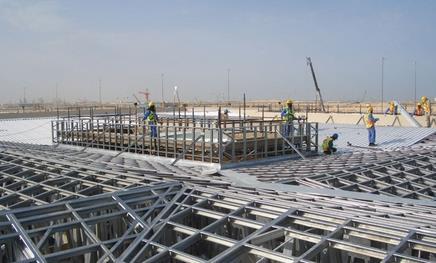 Qatar-based structural steel contractor Panceltica could be de-listed from the alternative investment market and taken over by Barwa, a Qatari developer and the firm’s only client.

It is understood to be one of several options on the table as legal wrangles continue over the completion of a $343m (£235m), 2,000-unit residential scheme for Barwa in Doha, the Qatari capital.

The dispute centres on contract variations, the settlement of subcontractor deals and potential damages after delays to the scheme. In December, the company said it expected to make a loss of $59m (£40m) in 2008.

In January, Barwa upped its stake in Panceltica from 14% to 20% by way of compensation for the delay. After the deal, founders of Panceltica Paul Fraser and Hameed Mostafawi were each left with a 14% stake. The company’s market capitalisation is £10.6m Andrew Huntley, chairman of the steel group, said: “Barwa could take over but it’s not on the cards as we speak. Things are in a state of flux and any deal would have to be in the interests of shareholders.”

Both sides are understood to be thrashing out the terms of a final settlement, which could be so punitive that Panceltica has to stop trading. “Barwa is holding all the cards,” said one source familiar with the situation.

Panceltica floated on the AIM in March last year, but the company has been beset by changes to the board and shareholder structure. Fraser, the former chief executive, stepped back from the firm after becoming ill last year and his son-in-law and chief operating officer Will Fatherley will step down “in the near future”.

He previously worked for US builder Lenmar and brought a new finance director and vice president of operations with him.