A round-up of the latest industry reaction 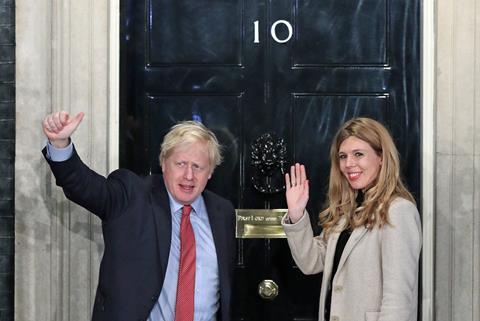 “This is a definitive result, and one that will hopefully finally provide the stability the sector so desperately needs in order to deliver growth. For our industry, the most important thing is ensuring that we maintain access to the right mix of skills and talent once we leave the European Union. That means making sure that our future migration system is fit for purpose – and in turn that means it must take account of the specific challenges faced by construction.”

“Mr Johnson should use his first 100 days to turbo-charge the infrastructure sector by committing to schemes that have been delayed by the election or have had doubt thrown on their future. Subject to the findings of the Oakervee review, we would like to see the new government make a firm commitment to HS2 and progress this transformative project towards delivery.”

“Invest £100bn in additional infrastructure spending – on transport modes and other responsible, productive investment which will repair and refurbish the fabric of our country and generate greater growth in the long run.”

Democracy won. As much as I don’t like the result of the election or Brexit it’s now decisive and it’s going to happen. I take comfort that democracy is alive and well - it’s up to the opposition to raise their game if they want to make a change from now on.

“This result gives the government a strong mandate to deliver on its long-trailed infrastructure revolution and manifesto funding promises, for which the detail up to now has been vague. All signs point to a positive outlook for infrastructure spending – the construction industry will hope that what materialises now is a long-term commitment to a spending programme.”

“Many people will remember this as the ‘Brexit election’. The Conservatives must now deliver on their promise to resolve the political crisis which has been paralysing wider society and the economy. The RIBA has been clear that this involves developing trade deals which allow practices to access talent, goods and services.”

Seems like most house builders’ share prices are currently up by double digits this morning. Somebody’s a happy chappy then.

“The North has – rightly – been a key battle ground in this election, with pledges made on improving our transport and creating opportunities. Now is the time to advance that Northern agenda in the national interest. The Prime Minister must now deliver.”

“Construction and Real Estate should feel relieved following the Conservative win. Work has been drying up, especially for civil engineering and the construction sector, dependent as it is on government infrastructure projects, was suffering due to political drift. The industry is crying out for commitment, the larger the better. The great unknown will be whether the next stage of the Brexit negotiations will suck up political energy and sap confidence, just as the ratification of the Withdrawal Bill has. If so, the economy will get closer to a recession and business confidence will suffer

After 2 years of government without a clear majority, the Conservative party has won the #election with 364 seats (so far). @theCIOB will engage with MPs & Ministers to ensure that the key issues from our manifesto are addressed by the government: https://t.co/OzhAMMFgV6#CIOB

“The new Conservative Government has a golden opportunity to sort out Brexit and set out its new vision for the UK. Building the homes and infrastructure that this country needs has to be a key priority to help drive the economy forward.”

“Atkins congratulates Boris Johnson and is looking forward to supporting the new Conservative government as it delivers the infrastructure needed to drive economic growth across the UK.”

“The £100 billion of additional funding for infrastructure needs to be mapped out based on priorities and deliverability. Availability of labour is a crucial issue that needs to be addressed if we are to deliver on the big ticket pledges we heard on the campaign trail. Ultimately, today’s result should prompt a spike in business optimism. The next six weeks will be absolutely critical though, and the decisions our new government takes will be vital to maintaining confidence in the sector. The challenge now is making Brexit economically advantageous for UK Plc.”

“I would advise the Prime Minister that if he is to efficiently deliver his promised additional £100 Billion in infrastructure spending whilst delivering his net-zero target, then this should start with a transparent and informed approach, with a published Infrastructure strategy. Something that sadly was omitted from his election manifesto.”

“This is good news for the construction sector as projects that may have been put on hold before are now more likely to be brought forward. ‘Getting Brexit done’ should mean the government can start to focus on other pressing issues, including the need to improve the UK’s infrastructure and new building safety legislation.”