Getting by with a little help from its super-rich friends 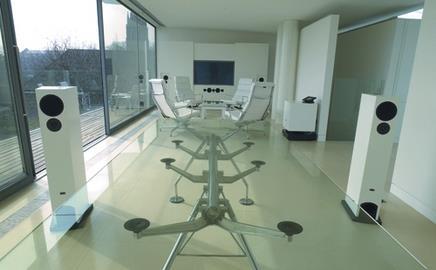 Look away now if your company has been affected by the credit crunch. Contractor and refurbishment specialist Holloway White Allom has boosted turnover from £70m to £90m over the past year, and expects to add £50m more by 2012. All this despite the fact that 80% of its work is residential.

A look down its client list explains why. They’re all rich – very rich. Bob Cole, chief executive, says: “We have about 500 clients and about three-quarters are billionaires. We’re talking about people with tens of millions of pounds to spend on a project.”

Although the credit crunch has caused most clients to watch what they spend, there is no sign it will stop a Russian oligarch digging out the basement under his London pad to install a swimming pool for £1m.

Cole says: “Our market and the rest of the economy are like chalk and cheese. You read about housebuilders making losses and then turn the page to see that Roman Abramovich and Lakshmi Mittal are snapping up several luxury properties each.”

So who are its super-rich clients? Cole will not reveal any names but says you are more likely to read about them in Forbes magazine than Heat. “Fifteen years ago it was all about the Middle East,” he says. “Now we have Indian and Russian clients and we’ve just finished a job for our first Chinese client.”

Despite his discretion, the client list is understood to include Britain’s two richest men: steel magnate Lakshmi Mittal (worth £27.7bn) and Roman Abramovich (£11.7bn). The company is also believed to have done work for Sir Elton John and Jemima Khan.

Suffice to say Cole has seen some interesting sights since he led a £35m management buyout of the business from John Laing on Guy Fawkes day 2002. “I could write a book,” he says.

Stories include the client who wanted an eel skin stretched straight on the wall, and the food lover who installed three ovens to ensure a steady flow of perfectly cooked lamb.

Catering to customers that are used to having every whim met involves adding a personal touch. Cole is fresh back from visiting a client in the south of France, for example. “That’s the kind of service our clients expect,” he says. “If they want to see the top man, you go.”

That’s the kind of service our clients expect. If they want to see the top man, you go

Cole said it was prospective buyers’ failure to grasp this unique ethos that was behind takeover talks being abandoned earlier this year. Succession planning and growth ambitions lead them to talk to a series of potential trade buyers, which is believed to have included Rok.

“There was no real understanding of the brand,” says Cole. “Potential buyers didn’t get the culture that exists in this marketplace.”

It was a similar story with the private equity groups it spoke to afterwards, a situation made worse by the proposal to significantly raise tax rates for wealthy

non-domiciled businesspeople in the UK at the time. In the end, the company agreed a five-year refinancing deal in April with the help of a £12m debt package from Lloyds TSB.

At the end of the five years, Cole says the options include flotation on the alternative investment market or another takeover or refinancing deal. The plan is to grow turnover to £140m by 2012, and Cole has acquisitions in his sights along the way, including conservation, landscaping and security businesses.

At 55, Cole hints he may take his money out and retire when he turns 60. In parallel to the refinancing deal, the company promoted four people to the board, one of whom will become managing director by 2010. Cole says he looked at external candidates, but came up against the familiar problems of poor cultural fit.

So, does he ever get twinges of jealousy when walking around houses of the rich? He says no, but adds: “Actually the one thing I’d fancy after all these years is a home cinema.”

30% of turnover comes from add-ons once a project is under way. Typical profit margin: 4%.