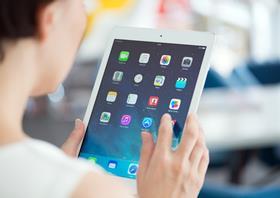 Gleeds has launched a new app to boost collaboration between different parts of the supply chain and simplify the construction process.

It is initially being used by 100 companies chosen by Gleeds but the £180m turnover consultancy hopes will become industry standard and over time create a 20% improvement in productivity across the sector.

Called Frame, the app allows users to track a project from its inception until its end, guiding them toward next steps, providing resources and allowing segments of schemes to be actioned to a party.

While the app is currently being used for free, Gleeds may look at introducing an advertising component or sell the app later.

“For the best part of a decade our productivity growth has been consistently weaker than at any point since 1965. A lack of technological progress has hit the construction sector especially hard.”

The development costs of the app are understood to have run in to the hundreds of thousands of pounds.