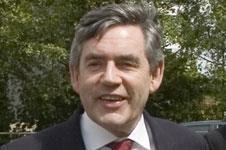 Brown broadcast the plans during prime minister's question time, during which he urged striking workers to accept a solution put forward by mediator Acas.

“There was an Acas proposal that has been put to the workforce and I hope they will now accept that despite their initial reservations,” he said.

“I can also tell you that today the Construction and Engineering Association have issued new guiding principles for companies - principles to consider when using non-UK contractors and labour on engineering construction sites.

“I hope the whole house will welcome the fact that they now say in their new advice: always consider whether there are competent workers available locally. If there are, it is good practice for the non-UK contractor to explore and consider the local skills availability and to consider any applications that may be forthcoming.

“That is the commonsense way of dealing in practical terms with the difficulties we face,” he added.

The prime minister also refused to apologise for using the phrase “British jobs for British workers”, after he was challenged by Conservative leader David Cameron.

The slogan has been frequently touted by strikers at the fuel plants as criticism of the government's position on the dispute.

Cameron demanded Brown concede it had been a “huge mistake” to make the remark in light of the recent wildcat strikes that arose over jobs being given to foreign labourers.

He labelled the slogan “opportunistic and protectionist” and insisted Brown apologise and promise to not use it again.

The phrase has been used by Brown in a number of speeches, including his first to the Labour Party conference as leader.

The Tory leader accused the PM of “pandering to people's fears - and you know it”.