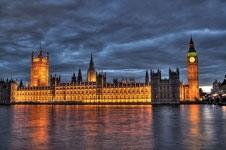 The annual carbon footprint of the government’s built estate is higher than the entire CO2 output of Kenya, it has emerged.

According to the Guardian newspaper, an energy efficiency audit of 18,000 public buildings in England and Wales found that the 9,000 buildings audited thus far have produced 5.6m tonnes of CO2. Almost half received energy ratings of E, F, and G.

The building occupied by the Energy and Climate Change department is environmentally one of the worst offenders, emitting 1,336 tonnes of carbon dioxide a year and receiving an energy efficiency rating of G, the lowest on the scale.

A spokesperson for the UK Green Buildings Council told the newspaper: “We need a comprehensive programme of green refurbishment in the public sector, which is responsible for about a third of all non-domestic buildings.”