The government has admitted it may be forced to extend the transition period for getting the new post-Brexit certification rules for construction products in place, Building has learned.

Representatives from the Ministry of Housing, Communities and Local Government (MHCLG) told a meeting of the UK’s approved product testing and certification bodies earlier this month that it is considering scrapping the 1 January 2022 deadline for getting the new UKCA marking system up and running. 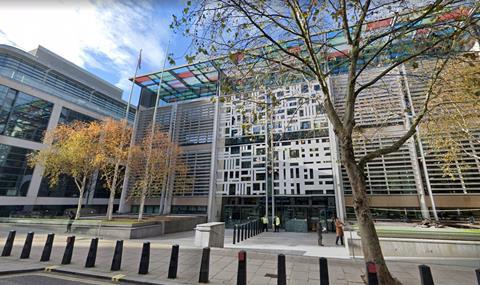 Building understands the admission was made during the virtual meeting to around 50 representatives of organisations including the Building Research Establishment and the British Board of Agrément.

The UK is currently in the process of swapping the Europe-wide CE markings which have certified construction products including steel, glass and cladding for nearly 40 years, with the post-Brexit UKCA mark.

Both markings are allowed during the transition period but from next year most construction products will need to have the new UKCA marking to be sold on the UK market.

It means that thousands of construction products will need to be retested in certified UK testing halls at costs of up to £50,000 per test over the next seven months, a timescale which experts including the Construction Product Association’s chief executive Peter Caplehorn have said is unachievable.

One attendee at this month’s virtual meeting, who did not want to be named, said the government was fully aware of industry fears about the impending deadline.

“They recognise all of the issues that we’re talking about, that there is a time limitation on this, there is a lot of work still to be done and we’re halfway through the year,” the source added. “It’s hard to see how the testing can be completed between now and the end of this year for every single product that needs it.”

The attendee added that MHCLG said it wants to align the removal of CE marking from UK law with the introduction of the Building Safety Bill, which is not expected to come into force before 2023.

MHCLG declined to comment on the meeting, reiterating previous comments telling businesses to “continue to prepare for the end of recognition of the CE mark in Great Britain”.

It also repeated a promise to “update our guidance in due course to provide further clarity” on the issue.

One major contractor told Building last week: “The lack of clarity and clear direction means we can’t really plan mitigation measures effectively or begin to estimate the impact on project planning and delivery.”

Caplehorn said he had raised the issue of extending the deadline with construction minister Anne Marie Trevelyan earlier this month and was promised her team would look into it.

Richard Waterhouse, spokesman for products specification body the NBS, said last week that he thought the time needed to switch to the UKCA marking had not been thought through.

He said: “You have to question whether any analysis was done on the volume of testing required and the capability and capacity of testing organisations to do that.”

Both Caplehorn and Waterhouse said that the industry could quickly run out of key construction materials next year if the required testing could not be carried out in time.