Government outlines plan to crack down on poor payers 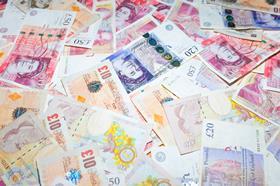 The government has laid out plans to bolster the powers of the Small Business Commissioner on the back of a consultation on creating responsible payment practices.

In its official response the government said it is now planning a consultation on the merits of strengthening the commissioner's ability to assist and advocate for small business in the area of late payments through the provision of powers to compel the disclosure of the information.

The government said the consultation would focus on giving the commissioner powers to protect against two practices by large businesses – those who do not comply with information requests and those who are found to have poor or unfair payment practices towards small businesses.

It said: "The consultation will seek views as to whether the commissioner should have the power to enforce non-compliance with their information requests, such as through court orders and/or financial penalties.

"The consultation will also explore whether sanctions should be imposed by the commissioner under certain specific circumstances, such as the undertaking of binding payment plans and financial penalties where payment fails to take place."

Payment times: How long do the top 40 contractors take to pay up?

The government also said it would take a "tough compliance approach to large companies who do not comply with the Payment Practices Reporting Duty", saying that legislation would allow for prosecution of those who do not comply.

This requires firms of a certain size and turnover to legally file documents spelling out its payment records every six months.