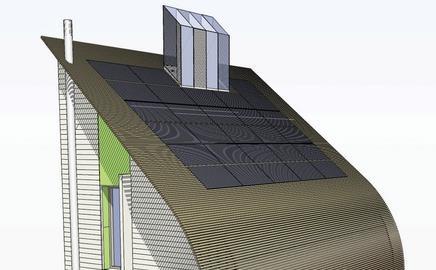 Government plans for zero-carbon homes within a decade have been thrown into doubt following an industry backlash against targets being set too high too soon.

A row has broken out between industry bodies and the government over plans to allow local authorities to set their own green standards for new homes ahead of the agreed timetable.

Julia Evans, chief executive of the National Federation of Builders, sent a letter to Ruth Kelly, the communities secretary, this week, warning that many building firms would boycott the sustainability agenda if local authorities continued to be allowed to set their own targets.

She said: “If implemented in the way you propose, they will present a major threat to the continued delivery of new homes into the UK housing pool and also to the continued involvement of many firms in the industry.”

The government is yet to make a formal announcement on the subject but a spokesperson said it would not back down on giving councils more freedom.

The spokesperson said: “We are not going to set down what each council should do. They will have to stick to the two markers in 2010 and 2013 but if they want to go faster, all the better. Some are very advanced already. We are more than happy for them to improve on the targets.”

The industry is almost unanimous in demanding that the Code for Sustainable Homes be introduced through the Building Regulations, not through planning policy. Many have accused councils of a green “one-upmanship” contest.

John Tebbit, industry affairs director at the Construction Products Association, said: “We know of one council that stated their requirements would be 5% better than anyone else’s, and that was before the regulations were published.

“Some of these people seem to forget that the aim is to be building 200,000 zero-carbon homes a year in less than nine years. It will not be achieved by dozens of local authorities all running around developing their own standards.”

The row comes as a consortium including architect Sheppard Robson and Kingspan revealed that it will build the UK’s greenest home. The first house to achieve level six of the Code for Sustainable Homes will be built at BRE’s Offsite2007 by June.

For more on green issues, go to www.building.co.uk/sustainabletoolkit

Counting the cost of sustainable homes

Achieving level three of the Code for Sustainable Homes will cost an average of 3% more than reaching the EcoHomes “very good” standard, research has revealed.

A study by cost consultant Cyril Sweett found that costs will vary for different house types and technologies and could be as much as 6.2% or as little as 0.4% higher.

The report looked at four approaches to achieving level three of the code, the standard adopted this month for English Partnerships and Housing Corporation developments, across six different housing types.

It found that traditionally built detached and terraced houses were most expensive, while apartments and houses built using modern methods of construction were the cheapest.