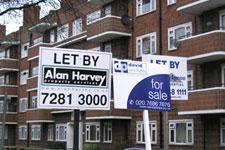 Industry leaders have urged the Treasury to act swiftly to address problems with the mortgage market after a major report warned that the situation will not improve without government intervention.

The report, by Financial Services Authority deputy chair Sir James Crosby, warned that a shortage of mortgage funding will persist for years without intervention. The verdict comes as Bank of England figures show the number of new mortgage approvals has fallen to its lowest level since records began in 1993.

Crosby suggests that one option would be for the government to guarantee billions of pounds of mortgage market bonds to revive the flagging housing market.

If the government were to guarantee new mortgage backed securities, it could revive demand for this type of finance. However, such a move would be controversial as it could be seen as a partial nationalisation of mortgage finance.

The report comes after the 12 organisations including the Council of Mortgage Lenders, the BPF, the RICS and HBF, last week called for a Bank of England ‘repo facility’, which would help to restore market confidence by financing investors through the issuing of bonds.

Without action, the situation in the housing market will be worse than it needs to be

In an open letter to the government, the bodies outlined how the secure lending facility could use new residential mortgage packaged up as bonds as collateral. To qualify the bonds would first have to be sold to investors in a public issue.

The CML has now urged the Treasury to work with urgency on measures to address the mortgage funding gap, whether through the industry’s suggestion of a repo facility or through other mechanisms as outlined in the report.

CML director general Michael Coogan said: “Without action, the situation in the housing market will be worse than it needs to be. The housing correction will overshoot, and the knock-on effects on the wider economy will be significant.

“Today’s analysis at last sets down an independent welcome marker that intervention to address the mortgage funding gap is both appropriate and necessary. It creates a clear expectation of measures at the time of the pre-Budget report.  We now look forward to working urgently with the Treasury over the summer on proposed solutions.”

Ian Fletcher, BPF director for residential policy, said: “The government should leave no stone unturned in seeking solutions to reviving the mortgage market as it is critical not only to lenders and potential borrowers but the wider economy. The Council of Mortgage Lenders has put considerable thought into a potential solution and we support its call for the government to give both serious and rapid consideration to its proposals.”