Government to announce nearly £2bn for housing on brownfield sites

The government is set to announce £1.8bn in funding to turn brownfield sites in England into housing in Wednesday’s spending review.

The Treasury said 160,000 “greener” homes could be built on the land, which it said was collectively the size of 2,000 football pitches. 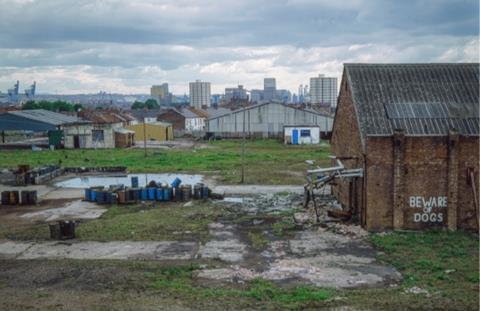 Around 160,000 homes could be built on brownfield sites, the government has said

The homes have been billed as part of the government’s agenda to reach net zero emissions by 2050.

But Nigel Wilson, chief executive of Legal and General which is a major player in the build-to-rent market, told the BBC’s Today programme more of the homes needed to be “affordable” because poorer people in smaller cities were being left behind.

“You shouldn’t have to be rich to be green,” he said. “It’s very difficult for poorer people to get on the green [housing] ladder.

“There’s a lot of active listening going on [by government], but we don’t just want CGI housing - we want real housing built across the UK.”

The parks, which would be around the size of a tennis court, aim to improve access to green spaces in cities.

At least 2.5 million people across the UK currently live more than a 10-minute walk from their closest green space.

Sunak is also expected to announce £65m to digitise the town planning system, with the first phase of the upgrade being rolled out to up to 175 local authorities in England.