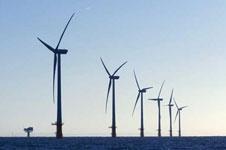 The government is to court sovereign wealth funds and rich foreign investors to pay for much needed UK infrastructure, under plans for a green investment bank launched in last week’s Budget.

The £2bn fund, which will initially focus on funding the construction of off-shore wind farms, will take high-risk stakes in relatively unproven technologies. Half of the money is to come from the private sector.

However, officials said they accepted that UK institutional investors had little track record of investing in infrastructure. A senior Treasury official said: “We’re going to take a really global look, at sovereign wealth funds and international institutional investors. We’re pretty sure there would be state pension funds that would be very attracted by the possibility of investing in this.”

The fund, earmarked to start in the autumn of 2011, is dependent both upon raising cash from investors and selling off publicly-owned infrastructure assets such as the High Speed 1 rail link to the Channel Tunnel before it can start. A consultation this summer will determine the exact criteria the fund will use to decide upon where to invest.

James Stewart, chief executive of Infrastructure UK, said the fund would be important despite its relatively small size, compared with the projected £400bn cost of required infrastructure improvements. He said: “We’re not saying this will provide all the equity; what we’re saying is this will fill an identified gap.”

The news came as the government launched an investigation into the cost of civil engineering projects after it was advised that civils projects in the UK cost as much as twice what they do on the Continent. Stewart said the claim was based on estimates by the team working up plans for the High Speed 2 rail link from London to Birmingham.

Stewart said it wasn’t yet clear what the causes might be, because different firms had offered different suggestions. “The one thing we can say,” he said, “is there absolutely isn’t one single reason behind this, there’s lots of things playing in to it.”