Government to miss 2010 Decent Homes target by a decade 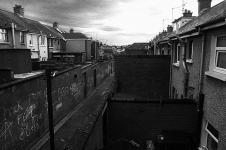 Study reveals that many of over 300,000 homes still unrepaired will not be improved at all

The government is to miss its target of getting all social housing up to a “decent” standard by 2010 by almost a decade, a review by the National Audit Office has found.

The study into the Decent Homes programme, which has seen £59bn of public and private money invested since its inception in 2000, found that up to 92% of homes will have been brought up to the standard by 2010, leaving 305,000 unrepaired.

Of those left unrepaired, the government told the National Audit Office the majority, 181,000, would be improved by 2014, with the remainder not finished until 2018/9. In addition the report, which recognised that most stakeholders viewed it as a great success, said there were a number of risks that the remaining work would be carried out at all.

These risks revolves around the fact that 11 of the arms-length management organisations set up by councils to manage the improvement have not reached the required level of performance to qualify for government money. In addition the report highlighted the removal of £225m of funding to pay for extra new-build homes last June, although the government has made a commitment to find the money at some point in the future.

The National Audit Office report also criticises the communities department for not making a proper estimate of the cost of the programme at the outset, which was initially estimated at £19bn, but has ended up costing at least £22bn. The department could not say how much money from the wider £16bn housing pot over the period will also have gone on decent homes.

The report says: “The department is committed to funding the programme and is currently reviewing 20 the funding mechanism. But, unless a plan is put in place to appropriately fund housing repairs, there remains a risk that a backlog will again build up, reducing the value for money of what has been achieved so far.”

It also said the government should investigate what impact of key decisions was, such as the politically controversial refusal to fund decent homes improvement for homes remaining in full council ownership.

Amyas Morse, head of the National Audit Office, said: "There are risks to both the programme's completion and what has been achieved so far if a reliable funding mechanism is not put in place to deliver the remainder of the programme. Hundreds of thousands of families are still living in properties which are not warm, weather tight, or in a reasonable state of repair.”