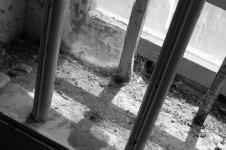 Ministry of Justice officials have confirmed they are to issue a new tender notice this autumn for the Strategic Alliance prisons framework, which will be used as a channel for maintenance work worth £250m a year on the UK’s second largest public estate.

The move is part of a money-saving drive at the MoJ and adds the department to a rapidly growing list of public and private bodies that have reorganised their procurement strategies in recent months.

In May, it emerged that Network Rail was re-tendering its £700m consultants framework and BAA has said it will procure all major projects by open tender.

The first sign of a change to prison procurement emerged last year when civil servant John Aspinall was drafted in to lead an efficiency drive in its expansion programme. In April, the government launched a mid-term review of the 10-year Strategic Alliance, which includes 12 contractors and four consultants. Firms were told they had a year to prove themselves, after which they could be axed.

In the same month, news that new 1,500-place prisons would be built through the PFI led to speculation that the framework could be ditched altogether.

But the MoJ said it wanted to keep it in place to deal with a £250m-a-year maintenance programme and the remnants of a £1.1bn capital investment programme, £900m of which has already been let. If the framework is over five years, this could amount to £1.5bn.

The department is inviting new and existing players to bid for a place. One consultant hoping to get onto the framework said: “It’s good news for those of us who didn’t get in on the act last time; less welcome for the old and tested suppliers.”

Its structure is under discussion. The MoJ is looking at three options: new frameworks under its existing model, a delivery partnership for consultants with works tendered separately for contractors and a prime contracting model, whereby contractors manage a scheme from start to finish.

The length of the framework has not yet been set. A separate suppliers day will be held soon to discuss the £3.1bn prisons PFI programme.