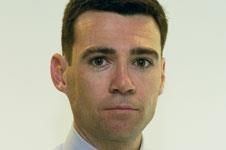 The government is withholding about £500m of funding for hospital building and refurbishment.

A letter between health chiefs, seen by The Times, says “the treasury is unlikely to agree further releases of funding” for the construction of a new generation of community hospitals, which was announced three years ago.

The Times says this is the first sign of the rigorous cuts likely to be forced on the NHS in the recession.

Andy Burnham, who is due to give his first speech as health secretary today at the NHS Confederation annual conference, admitted yesterday that the NHS would face a challenge over the next 5-10 years.

But the newspaper said he had attempted to dispel fears of job cuts or closures after a confederation report warned of a multi-billion pound budget shortfall during the next 10 years.

A Department of Health spokesperson said there were no plans to withhold funding from the programme, which was assessed case by case, The Times reported. It remained unclear as to why the department had advised otherwise in the letter, the spokesperson added.