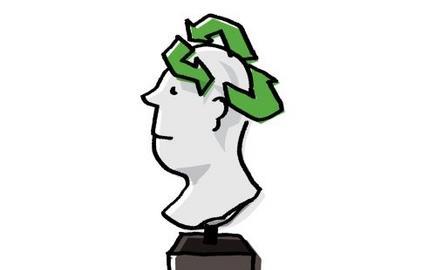 Below are the top 11 (we cheated a bit by including a joint entry) green gurus, as decided by a distinguished panel of judges in June 2008.

After a morning of vigorous debate five experts decided on a long-list of 40 candidates they felt had most influenced and impacted the green building movement in the UK. These were then whittled down to 10 entries from individuals that stretch the industry, from an architect to a contractor, a product manufacturer to an engineer.

And to debate the merits of the Top 10 go to the Building Sustainability Forum.

This pair may not be the best known in sustainable circles but they have been ploughing an incredibly important furrow for over a decade. Their firm Upstream, set up in 1997, has been quietly but very effectively persuading developers and housebuilders, not traditionally renowned for their touchy-feely qualities, of the benefits of corporate social responsibility and going green.

The firm offers these sectors advice on the journey to realising and reducing the environmental impact of development and one such firm, property giant Jones Lang LaSalle, was so impressed with the service they promptly bought Upstream late last year.

Both Sarah and Julie have also worked tirelessly over an above establishing Upstream with groups such as Sponge, Forum for the Future, the One Million Sustainable Homes Task Force and the London Olympic Games Environment Commission.

What the judges said: Upstream has been essential in providing a long list of important property sector companies with the capacity to engage with and understand their relationship with the environmental and broader sustainability agenda. The services Sarah and Julie have developed has been central to getting the main stream of the industry engaged in the agenda. Proving that building and developing sustainably benefits the balance sheet as well as the planet is something of a Holy Grail right now – if anyone is going to do it this outfit are.

Ray is somewhat of an unlikely eco hero. He’s an American business leader who grasped the green nettle over a decade ago, and he makes carpets. Yet the founder of Interface is already halfway through Mission Zero, the company’s promise to eliminate any negative impact it may have on the environment by the year 2020. Anderson has been garlanded to the hilt for his work in inspiring business and politicians alike to make profound changes to do something about his and his company’s footprint.

What the judges said: "Ray is so much more than a ‘products person’ but he is that too. When he discovered for himself, in the early 1990’s the embarrassing extent of the ecological footprint his company had been making on the planet, he vowed to do something about it, and to 'brighten the corner where he was'. In so doing he inspired fellow business leaders to follow his example. Ray showed business how it really could ‘do well by doing good’ and is an extraordinarily inspirational speaker, writer and leader."

American environmentalist Amory Lovins used the experience of working for Friends of the Earth in the UK to inspire him to become one of the most influential environmentalists over the pond in the last three decades.

Lovins founded the Rocky Mountain Institute in 1982 with his wife Hunter. The headquarters in Colorado is a beacon of energy efficiency and the work he and his team has carried out has had a profound impact on sectors as far reaching as cars, electricity, water and property.

What the judges said: "Amory has cogently expressed the business case for wholesale change for over a decade and has had much influence on the UK construction industry. His thinking and ideas have made a big impression 'upstream' via early keynote talks at the RIBA, BRE, etc and it was originally he who initially inspired some of our Top 40 green gurus on this list."

Few buildings have had such an impact on the UK environmental agenda as the National Trust’s head office in Swindon. Heelis, designed by Feilden Clegg Bradley, was completed in 2005 and has some of best figures for any corporate project, emitting just 15kg of CO2 annually compared with 169kg for a typical office development.

In the design, Clegg and his team incorporated some of the first day lighting and natural ventilation in a major project and became notorious for extolling the virtues of wearing occasionally having to wear jumpers indoors if the sustainability agenda was to be pursued properly. The building won a string of awards including the Building 2007 Sustainable Building of the Year.

Clegg has been working in passive and low energy design since he established his practice with the late Richard Feilden in 1978. His 1996 environmental office for the Building Research Establishment was the first BREEAM ‘Excellent’ rated building.

What the judges said: "Peter’s firm has been the most consistent UK practice to espouse and truly achieve green design."

Willmott Dixon’s head of sustainable development George Martin is at the forefront of making sustainability transfer from the drawing board to working buildings on site. George has used almost 30 years' experience in earth sciences to influence the contracting sector to fully embrace sustainability principles. His wide ranging experience includes stints at Forum for the Future and Stanger Science & Environment and Tarmac Construction Services (now Carillion). George has also been closely involved with a host of green industry initiatives and bodies, including most recently as a board member of the UK Green Building Council.

Max Fordham was perhaps the first engineer to attempt to lead the services sector away from designing power heavy buildings towards a more aesthetic and environmentally-aware strategy.

His engineering practice, Max Fordham, was set up as Max Fordham & Partners in 1966, and has grown to employ more than 100 engineers. It has contributed to some of the most environmentally-advanced buildings in the UK, including the BRE headquarters at Garston, Hertfordshire and the first ever commercial zero-carbon development, the headquarters of windfarm company Renewable Energy Systems.

Fordham's philosophy is that the servicing of a building should be part of the structure's design, rather than providing accessories that detract from it. His firm specialises in developing sustainable solutions for heating, water and electrical installations, and trains all of its engineers in environmental engineering.

What the judges said: "Max Fordham has always had a different way of doing things, and has been designing the services for low energy buildings decades before it was trendy. From the organisation of his practice to his infectious enthusiasm, his intelligent and unconventional approach to the industry is a breath of fresh air."

Smit is the best thing to happen to Cornwall since Daphne du Maurier. The Anglo-Dutchman’s twin ecological projects, the revival of the 12th century Lost Gardens of Heligan and the extraordinary Eden Project, between them bring more than 1.1m visitors to England’s most westerly county every year.

After a successful career in the record industry Smit discovered his first project, Heligan, beneath bramble bushes, when he moved to Cornwall in 1987. He restored its camellias, rhododendrons and Britain’s only surviving pineapple pit in two years. His work became the subject of a blockbuster four part Channel 4 documentary in 1996.

Not content with that, he went on to found the Eden Project, charming £130m of public funding out of various sources to create what he calls ‘a theatre of plants’ in an old china clay pit. The Grimshaw-designed biomes, inflated PVC and steel geodesic domes, mimic several of the world’s climates including the Humid Tropics biome – the largest greenhouse ever created - that contains banana, rubber and coffee.

Smit was awarded the CBE in 2002 and is now working as a Social Enterprise Ambassador. A bid for £50m more in Big Lottery Funding failed last year going, instead, to a cycling infrastructure project.

What the judges said: "The combined effect of his personality, his achievement and his holistic approach to addressing the environmental challenges we face mean that Tim Smit provides a unique and significant inspiration. Tim is a truly inspiring figure. His project embodies the sustainability message in such a comprehensive way, from the buildings themselves to education, ecology and energy."

The current president of the RIBA, Sunand Prasad impressed the panel for his lucid leadership on environmental issues during his tenure at the institution.. As befits a man born in the Himalayan foothills, Prasad has an international approach, in 2006 piloting a RIBA policy position on climate change urging the adoption of contraction and convergence as the basis of an international treaty.

Under his current presidency, the RIBA is about to complete publication of the first five of seven parts of a toolkit on climate change. He is also involved in measuring the RIBA’s footprint and taking measures to reduce it. He is equally uncompromising on bringing knowledge about greenhouse gas targets to architects, who have traditionally lagged behind their European counterparts in learning about energy efficiency in building.

Last year, Prasad took the sustainable built environment agenda into the political mainstream, appearing at all three party conferences, taking questions from the floor at three “environmental question times”, with Yvette Cooper, the housing minister, for Labour, eco-activist Zac Goldsmith for the Conservatives and Huhne for the Lib Dems.

Prasad set up his firm, Penoyre & Prasad with his business partner in 1988. The firm employs 50 people which he says has been tackling building design in a sustainable fashion since its founding.

What the judges: "Sunand is a strong character and has really grasped the nettle on sustainability in his time at the RIBA."

While most famous as a journalist and TV presenter, Kevin McCloud is a man of action. Indeed, at this year’s Grand Designs Live event, he demonstrated environmentally sensitive construction techniques to a live audience.

He is also behind the HAB (Happiness, Architecture, Beauty) housing on the outskirts of Swindon.

Through Grand Designs, the show now in its eighth series, McCloud has brought sustainable design to the masses, taking eco-building out of the hands of what he calls the ‘knit-your-own-sandals’ brigade.

McCloud’s theatrical style is no doubt due to his early training with the theatre, where he was a set designer at the start of his career. He is also responsible for the Rococo paintings in Harrods food hall. Kevin McCloud’s Decorating Book, 1990, is in print in five languages. His lighting business employed 26 people at one time and he still designs products for eco firms such as Fired Earth.

What the judges said: "Through his television series and his column in the Sunday Times, Kevin has brought sustainable construction to the masses. His enthusiasm for green building is clear for all to see."

Proper data and detail are still sorely missing in the task to truly reduce carbon emissions usage of buildings. Enter Bill Bordass steps in. The scientist who worked at multi-disciplinary firm RMJM in the 1970 has lived and breathed post-occupation evaluations, which are so vital to detailing what works and what doesn’t in green design.

He has worked on energy benchmarks and case studies in the UK, post-occupancy surveys including the Probe series in Building Services - the CIBSE Journal, and more recently a feedback system for the building industry and its clients and a prototype system for operational ratings for office buildings in Europe. He is also technical director of the Usable Buildings Trust - a non-profit organisation dedicated to improving building performance by the better use of feedback.