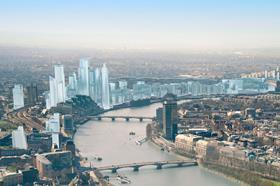 An international competition to design a new footbridge across the River Thames is set to be launched later his year after Wandsworth council gave it the green light.

The new pedestrian and cycle crossing would connect Nine Elms on the south of the river with Pimlico on the north bank.

The exact location of the £40m structure is yet to be confirmed but the preferred options are close to the site of the new US Embassy at Nine Elms.

Plans for the two-stage competition will now be finalised and the official launch could take place this winter.

A shortlist would be selected in early 2015 and the winning design announced in spring the same year.

Ravi Govindia, leader of Wandsworth council and co-chair of the Nine Elms Vauxhall Partnership, said: “It will be a dream commission for the winning architect but to succeed they will have to meet some very unique challenges and expectations.

“The design will have to inspire and win the hearts of Londoners who are tremendously proud of their river and its heritage. It must work alongside the cutting-edge modern architecture of Nine Elms as well as the elegant buildings on the north bank.  There will be engineering feats to overcome and the landing points on both sides must integrate sensitively and effectively with their surroundings.”

The final designs will need planning approval from Wandsworth and Westminster councils, the local authority which covers Pimlico, and sign-off from London’s mayor. 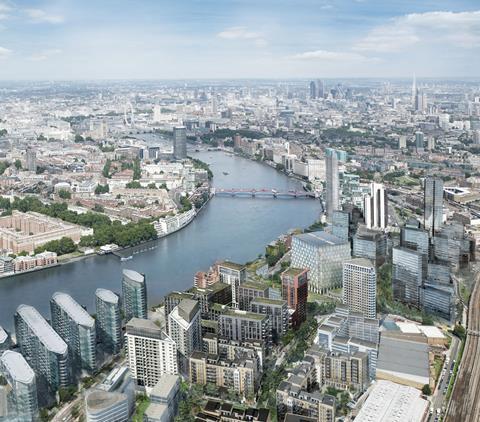 The bridge will link the US embassy (middle right) with Pimlico

Read the TfL feasibility report into the bridge here