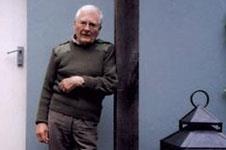 Technology designed to stave off global warming could cause more problems than it solves, a group of influential scientists will say today.

Papers published in journal Philosophical Transactions of the Royal Society say that engineering solutions – such as boosting the amount of carbon dioxide absorbed by the oceans – may be necessary for the survival of humans.

But the writers said such technological fixes must be used with care to make sure they do not cause further problems for the planet.

Professor James Lovelock, responsible for the Gaia hypothesis that the Earth is a self-regulating organism, said: “Before we start geo-engineering, we have to raise the following question: are we sufficiently talented to take on what might become the onerous permanent task of keeping the Earth in homeostasis?”

The word of caution comes as it emerged Japanese engineers plan to tackle dwindling energy resources with giant “eco-rigs”, out at sea. The platforms, which would use the sun and wind to generate energy, would be as powerful nuclear plant, according to scientists at Kyushu University.