The BBA’s procedures were not “designed to cope with a situation where a manufacturer would deliberately withhold fire test data”, its chief scientific officer has admitted.

“We may well have been naive but I don’t think that suspicion that someone was deliberately misrepresenting the performance of their product in a safety-critical manner would have occurred to us,” John Albon told the Grenfell Inquiry. 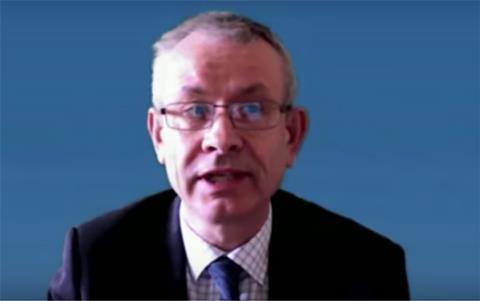 He also accepted the BBA had made “a very basic failure of due diligence”.

He made the admissions under close questioning as yesterday’s hearing was told that Arconic ignored at least 11 separate written requests for information about its Reynobond PE ACM cladding panels.

These were made by BBA staffers over the course of two years in an attempt to confirm there were no changes that would affect the compliance certificate which the BBA issued in 2007 – which was itself based on incomplete data.

The BBA was supposed to complete its review of the product by 2014 but eventually, in 2015, issued a certificate based on information from Arconic’s own website in order to “close out” the matter.

This information was dangerously misleading, the inquiry heard. In reality French testing house CSTB had in 2014 downgraded the fire rating of the riveted panels from Euroclass B to C and given the cassette form of the product an E rating.

Inquiry counsel Kate Grange QC said if the BBA had insisted on written confirmation from Arconic that it was not aware of any changes undermining the original certificate, the “BBA might well have been alerted to the fact that the fire performance was wrongly stated on the certificate”.

Albon responded: “If they had told us, yes. But I would have expected them to provide us with those fire test reports in accordance with their contractual obligations. I would also have expected them to update the fire classifications being claimed for their product in their technical literature.”

Grange replied: “Yes, but I think we can agree also, can we, that you would have also expected the BBA to have insisted on confirmation that there were no changes which invalidated the certificate?”

Asked why the BBA felt able to trust the information on Arconic’s website, Albon repeated: “I don’t think our procedures anticipated a situation where there would be deliberate misrepresentation of the performance of the product with a fire safety critical aspect of performance such as this.”

Albon, who has worked at the BBA for more than 30 years, was between 2013 and 2019 head of approvals for construction products, although a different team was responsible for the Reynobond panels.

He said he would have expected staff members to refer a case like this to their line manager.

He agreed the BBA was a commercial body which was under pressure to complete work but he denied there were any specific financial incentives for staff to close out reviews. He also denied knowledge of an internal staff leaderboard.

In his witness statement he said BBA procedures allowed it to refuse to issue a certificate in cases of non-cooperation but that he could “see no reason to believe that there was any additional information conflicting with that given in the certificate”.

“In addition, the certificate holder was continuing to cooperate in other ways, such as maintaining the surveillance operated over the manufacturing process,” he said, adding that his colleagues appeared to have felt that withdrawing the certificate would have been a “disproportionate response to the lack of communication”.

Yesterday he told the inquiry that the BBA had now changed its procedures and would suspend a certificate where no response was received.

The inquiry has already found that the ACM panels used on the tower’s flawed refurbishment were the “primary cause” for the rapid spread of flames up the sides of the building, while the insulation products used in the cladding system “more likely than not” contributed to the fire which claimed 72 lives in June 2017.