Grenfell inquiry held up by legal tussle over witnesses’ evidence

Decision on request by witnesses not to incriminate themselves means hearing will be delayed, chair admits

The inquiry into the Grenfell Tower disaster is unlikely to hear any further evidence until the middle of next week, while a decision is made on request by a number of witnesses for assurances that evidence they give will not be used to prosecute them.

Inquiry chair Sir Martin Moore-Bick said yesterday that plans to hear evidence from witnesses on Monday and Tuesday would be put on hold as a result. 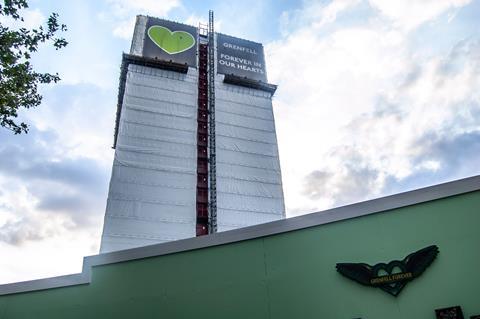 Moore-Bick said: “We were going to hear from witnesses on Monday. Now we will hear submissions from the bereaved survivors and relatives about this application [instead].

“We won’t hear any inquiry evidence on Monday, or I suspect Tuesday. Whether the inquiry is delayed any further will likely depend upon the outcome of this application.”

The witnesses attempting to apply for this waiver on their evidence have threatened to refuse to answer inquiry questions, citing laws guaranteeing people’s right not to incriminate themselves.

Jonathan Laidlaw QC, setting out the details of the request on behalf of the witnesses, said it was only individuals, not companies, that were seeking this waiver, and that they were not asking for immunity from prosecution.

Yesterday, Stephanie Barwise QC, representing a group of bereaved survivors and relatives of the tragedy in June 2017 in which 72 people were killed, published evidence accusing some of the firms involved in the refurbishment, including fire engineer Exova, of “epidemic levels of incompetence”.

Barwise said main contractor Rydon and cladding panel supplier Arconic were both aware of the risks of the refurbishment, despite their evidence to the contrary.

She added “no formal advice was ever sought as to the requirements of Regulations governing the facade” by scheme architect Studio E, despite it being aware of the need to consider fire risk.

And she said Arconic, the manufacturer of the Reynobond cladding panel used, “made no effort to warn the relevant parties involved at Grenfell as to the patent unsuitability of its product”. The Reynobond panels had been substituted for the originally specified zinc-coated panels to save money, Barwise added.

In evidence submitted earlier this week, all the main parties in the refurbishment denied responsibility for the blaze, with Arconic blaming the project team for specifying the wrong materials, and Rydon and Exova saying design responsibility lay with Studio E. The architect said the panels used in the scheme were incorrectly marketed and that the meaning of building regulations guidance was unclear.

Meanwhile, building control officers approved the completed refurbishment works despite never receiving sufficient information to get a complete picture of what was being built, Kensington & Chelsea council admitted to the inquiry yesterday.

The council issued an unreserved apology for the failings in its building control function, after it published evidence showing that it did not keep proper records of the project. It is one of the few parties involved in the refurbishment to have admitted to any significant failures on its part.