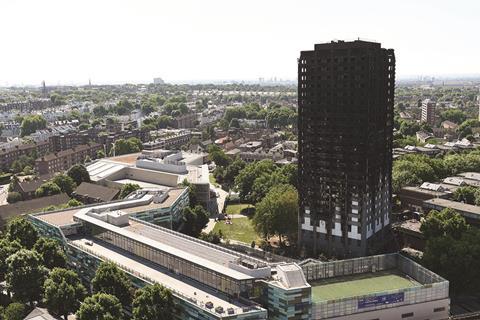 A leading fire investigator says the investigation into the causes and spread of the fire at Grenfell Tower could take up to two years.

Peter Mansi – who was the Fire Brigade’s lead investigator into the 2009 Lakanal House fire in Southwark, south London, where six people died – said the investigation into Grenfell Tower would be far more complicated because of the way the fire developed.

He said: “Judging from Lakanal – which was nowhere as complicated – it could be a year or two before there are findings [on Grenfell] to put in front of a public inquiry.”

Work on the investigation into the Lakanal House fire included reconstructing the layout of rooms, hallway and stairs to see how the fire developed.

Mansi, who is now an independent consultant, said a key question for the Grenfell Tower investigation was how the fire spread: “The question is why did the fire develop the way it did? The investigation will need to look at the materials involved and how these were built up.”

The speed with which the fire spread up outside the building - which was refurbished in 2016 and included a new cladding and heating system - has taken many experts by surprise as fire regtulations focus on preventing the spread of fire externally and internally.

According to documents attached with the planning application lodged with Kensington and Chelsea council, the cladding at Grenfell House included a layer of Celotex insulation fixed to the building structure, protected by a rainscreen panel with a 50mm cavity between the two elements.

The documentation states the panel was a Reynobond aluminium-faced rainscreen panel, which features a plastic core, and experts contacted by Building said there was no reason to suggest the work did not meet building regulations.

One said: “The specification I saw on the planning documents does look like it complies, although there are a whole load of qualifications to that.”

He said the test data used to justify building regulations compliance was “very complicated” and added: “There are loads of pitfalls for people who aren’t aware of this and you can become unstuck.”

One issue investigators will be expected to look at is whether changes from the specification were made during refurbishment. The source added: “It’s the old issue of [product] substitution: do we know what was actually used on the building?”

Steve Cooper, who heads up the fire engineering division at engineer Cundall, said the interpretation of building regulations could vary.

He said: “You can submit an application in Manchester and get a very different response from, say, Birmingham where there are different fire experts and a different fire authority.”

Rydon, the contractor responsible for the refurbishment, said the building met all required building regulations.

Harley Facades Limited, the company that completed the external cladding, said: “The aluminium composite panels are a commonly-used product in the refurbishment industry”.

Both firms said they would co-operate fully with the public inquiry.

What is known: tower and recent upgrade

Those who worked on Grenfell Tower include: