Architect beats seven others to the job 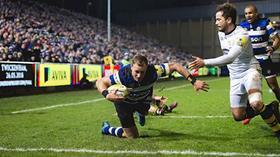 The project would see it built by the river and close to the city centre, which is a World Heritage Site.

It would replace the club’s existing facilities at Bath’s Recreation Ground – where it is a tenant – with the rugby club aiming to submit a planning application to Bath and North East Somerset Council later this year.

Grimshaw, whose sporting destination experience includes the Wimbledon Master Plan, including No1 Court, and the Curragh Racecourse in Ireland, has also appointed two further practices, Kay Elliott and Gross Max, as sub-contractors.

Kay Elliott will design the internal areas of the stadium, which include hospitality and player spaces, bars and toilets, together with non-matchday uses such as conferencing and banqueting. Gross Max will design the landscaping.

Grimshaw’s appointment comes following what the rugby club described as a “rigorous architect selection process”, beating off competition from seven other unnamed architects.