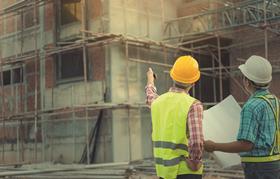 A new role to make sure that work from planning to completion has been properly undertaken on new buildings could be a direct consequence of the Hackitt report, according to Arcadis partner Simon Rawlinson.

In her review of building regulations and fire safety, published last month following last year’s Grenfell Tower fire, Dame Judith Hackitt recommended setting up a new Joint Competent Authority (JCA) to be made up of Local Authority Building Control, fire and rescue authorities and the Health and Safety Executive.

The JCA would be responsible for the sign-off of high-risk residential buildings at three different stages, enforcing building standards and sanctioning rule-breakers.

“If companies can take measures to protect people while working, they can do the same to ensure a building is built to be safe”

Rawlinson said the Hackitt report has crystallised the degree to which risk in the construction industry is transferred from designer to contractor, contractor to specialist subcontractors and down through to labour on the site.

“Grenfell cruelly exposed both the transfer and ownership of risk,” said Rawlinson. “In the same way as an MOT gives an assurance that a car is in safe working order, people want assurance that a building has been properly overseen during its construction.”

Rawlinson, who said there could be a rise in the number of “reassurance roles” offering clearer guidance on obligations throughout the construction process, said the construction industry should follow others such as nuclear and oil and gas, where safety is a top priority.

He added: “If companies can take measures to protect people while working, they can do the same to ensure a building is built to be safe.

“Safety [for a building] should be the number one priority. Where you’ll have a nuanced conversation is whether you have ‘enough’ oversight or what is deemed to be ‘too much’.”

Interest in roles such as clerk of works has grown since last June’s Grenfell fire. Tony Mobbs, managing director of Barnsley-based clerk of works and site inspection specialist Hickton, said the firm has been fielding a growing number of inquiries at tender stage.

He added that an increasing number of private developers are asking the firm to run the rule over the safety of existing buildings.

Hickton has enlisted the help of sister firm, approved inspectors business BRCS, to cope with the demand and Mobbs added: “We’re looking at the materials used. Developers are double checking what’s there.”

And Rachel Morris, chief executive of the Institute of Clerks of Works, which is drawing up its response to the Hackitt report, said more developers should employ clerks of works. “Clerks of works are there to look after the interest of the client, to ensure that construction is done properly and standards are adhered to,” she added.