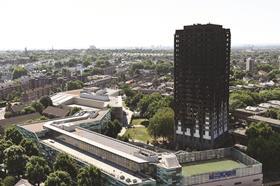 Dame Judith Hackitt’s final report has made a number of recommendations that will have significant implications for the construction industry if or when they are passed into law.

Hackitt’s report has laid the groundwork for a new regulatory framework, overseen by a new authority.

Changes to product testing, documentation requirements and points at which a building must be approved safe, could also all have big ramifications for the construction industry.

The overarching theme of the review is to create a new framework that regulates the safety of a building from design, to delivery, to maintenance.

The JCA will be responsible for the sign off of high risk residential buildings at three different stages, enforcing building standards and sanctioning rule-breakers.

Hackitt said there had been a lack of clarity about who was responsible for ensuring building work meets requirement, saying there needed to be greater clarity about the key roles involved in the shaping and overseeing of the procurement, design and construction of buildings; and the key responsibilities/accountabilities that should flow from these roles.

The report recommends adopting an approach similar to the Construction Design and Management (CDM) Regulations 2015.

It says: “The current CDM Regulations make those who commission construction work and those who are key in the design and construction process responsible for eliminating, reducing or controlling foreseeable risks that may arise.

“It also requires dutyholders to collaborate and establish key information products to pass on to future building owners (particularly through the ‘Health and Safety File’).

“The CDM Regulations apply to all building work, whatever the scale of the work or the size of company doing it. The HSE has worked hard with industry to embed the new requirements of the CDM Regulations and to drive culture change. This is the approach that now needs to occur in respect of building safety too.”

The report suggested much tougher punishments for anyone who fails to adhere to the strengthened building regulations.

The report said the JCA or Local Authority Building Standards should have additional powers to issue formal Improvement and Prohibition (or ‘Stop’) Notices to dutyholders where there is a sufficient concern about, for example, the degree of oversight of the work; accurate record-keeping; or the likelihood of meeting building regulations requirements.

Failure by relevant dutyholders to comply with either type of notice would be a criminal offence.

It also said: “The JCA/Local Authority Building Standards should have the clear power to require changes to work that fail to meet the building regulations requirements alongside any broader penalties sought.”

It also recommended time limits for bringing prosecutions against dutyholders be increased to five or six years for “major” deficiencies in building requirements identified at a later date.

Hackitt recommended the introduction of three ”gateway points”, where building professionals with a responsibility for safety will have to prove to the new JCA that they are complying with regulations.

The new proposal lays out planning permission, full plans approval and the completion of construction as the three stages where the JCA will have to give any residential building more than 10 storeys’ high the seal of approval.

The statutory obligation to ensure there is thorough assessment by the JCA of detailed design plans for HRRBs, sufficient assurance that dutyholders are in place and relevant responsibilities are being met in order to give permission before building work can legally commence is new.

There will be a new requirement for dutyholders to provide an as-built record to the occupier during the handover of the building.

This is an increased obligation as every change made to the design specifications must be recorded to provide a full and correct record.

There is also a recommendation for improving digital records of buildings. The report said the digital records should cover the “building as planned, then as built including, for example, products used”. It said it was “intended to underpin an effective understanding of the constructed building across the life cycle”.

Manufacturers testing there own products would be outlawed under Hackitt’s recommendations, with her final report calling for all products to be tested via accredited third-party testers.

These testers will be required to publish an annual anonymous report which will show the number of products that have passed and failed tests.

While backing government’s move to hold a consultation into the use of desktop studies to approve cladding systems, Hackitt called for all testers to be accredited to carry out full-scale BS8414 tests.

This would mean BRE is likely to be the only group capable of carrying out the full-scale tests.

The report also recommends an increase to the frequency of tests.