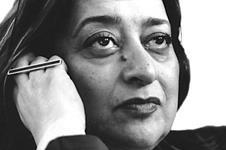 Zaha Hadid has speculated that the UK may be behind mainland Europe in commissioning modern architecture, because it does not have a tradition of holding competitions for public works buildings.

The London-based architect was speaking on Radio 4's flagship Today programme, which she was editing as one of a series of guest editors over the past week. In interview, she spoke out about the lack of acceptance of modern architecture in the UK: 'I think the advantage Europe has is that they really took seriously the law that says, to build a public building you have to go through a competition. In the UK, first of all, there are not as many public works which go through competitions like that. The advantage in Europe is that there is a process of competition which gives you the right to do public work building.'

However, the prizewinning architect lavished praise on the UK's construction and engineering skills: 'The British encourage and nurture research, at the level of the students. I could not have done my work anywhere else. We have tremendous expertise and the best engineers in the world. We have specialists in all these things and they are interested in ideas.'

Iraqi-born Hadid was asked why she thought her own work was so little represented in the UK, despite receiving international acclaim: 'When I say what I really think, people this I'm being negative and whinging. I don't know. They don't believe in the fantastic, they don't like women, they don't like foreigners - I've no idea. The work is extreme. A few years ago, they couldn't even fathom any modern thing, let alone extreme modernity.'