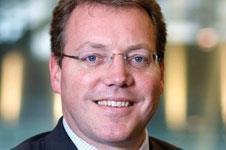 Developer giant Hammerson is to focus on French construction projects in 2010 over new UK schemes, it has revealed in its annual results released today.

In the results for the year ending 31 December 2009, the group said it would invest £430m into two French projects, at Rue du Faubourg Saint-Honore in Paris and Les Terrasses du Port in Marseille, but won't be looking at new UK construction projects until at least 2011.

David Atkins, chief executive, said talks with potential occupiers in the UK had not revealed viable levels of demand and so he “wouldn't anticipate any of our major developments starting this year”.

Atkins added: “If you look at the economies, France has come through this recession in better shape than the UK and when one converts that through to the property market, we're seeing a similar picture.

“We've got better tenant demand and ultimately, the [French] schemes are more viable. So it was a fairly simple decision.”

The company reported a loss of £453m for last year, compared with £1.6bn in 2008, as commercial property values rebounded in the second half after two years of decline.