Have your say: Firms sign up to Building’s EU campaign

We’re calling on firms and individuals to lend their weight to the campaign, as evidence grows that construction professionals want the UK to remain 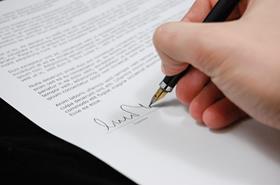 Building has launched a campaign backing the UK to remain in the European Union. Signatories so far include Shard contractor Mace, the UK’s largest independent engineer Mott MacDonald and property giant JLL. We’re calling on firms and individuals to lend their weight to the campaign, as evidence grows that construction professionals want the UK to remain, and the risks of a Brexit for the sector’s recovery are great.

Open letter: construction firms and professionals backing the UK to Remain in the EU

We back remaining in the European Union as we believe the construction sector’s recovery would be put at risk by a vote to leave.

As major employers within the UK construction sector – which is worth £100bn-plus per year to the UK economy – we judge that leaving the European Union would jeopardise foreign direct investment in the UK and would likely result in higher materials and labour costs.

A vote to leave would damage the construction sector at a time when the UK needs it to be strong. We would like to highlight Building magazine’s survey of over 1,300 construction professionals, 63% of whom believe remaining in the EU would be the best outcome, demonstrating widespread support in this important sector for EU membership.

Signatories to the letter so far:

To sign up email building@ubm.com with the subject line ‘EU referendum’