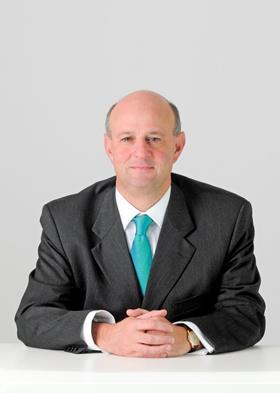 The HCA said this morning that Andy Rose, currently a Partner at AgFe, had been appointed chief executive and accounting officer.

The HCA said Rose was a leading specialist European debt advisor and asset manager, with a strong commercial and financial background and over 20 years’ experience in both the public and private sectors, with a particular focus on infrastructure finance.

Rose was previously chief executive of Infrastructure UK, the body within HM Treasury which is focused on producing a long term plan for UK infrastructure, where he was initially responsible for establishing and leading the Infrastructure Finance Unit, created to lend directly to infrastructure projects.

Prior to joining Treasury he was an executive board member of Partnerships UK, a body owned by both the public and private sectors, with a remit to support the delivery of major infrastructure projects sponsored by the public sector.

Robert Napier, HCA chairman, said: “I am delighted to have found someone of Andy’s background, with huge experience of both the public and private sectors, to undertake the critical role of leading the Agency on a permanent basis.

“Andy brings with him outstanding leadership skills and the board and I were impressed by his vision for the HCA, as a key delivery agency for government.”

Rose said: “The HCA has an enviable reputation built on strong commercial, social and regulatory expertise, and above all a track record of delivery.

“It is clear that continued delivery in the sector depends on the ever closer integration of the public and private sectors, and with my experience of both I am extremely excited by the opportunity to lead the Agency into the future.”

Rose will take over leadership of the HCA on 15 April, with interim chief executive Richard Hill continuing until then, when he will return to his previous role as deputy chief executive and executive director of programmes.