The man who recommended the expansion of Heathrow airport as part of a 2015 government review now thinks the pandemic may have derailed the need for the project.

Sir Howard Davies led the Airports Commission report which concluded that a third runway at the airport in west London would deliver jobs, make more long-haul routes profitable and boost the economy. 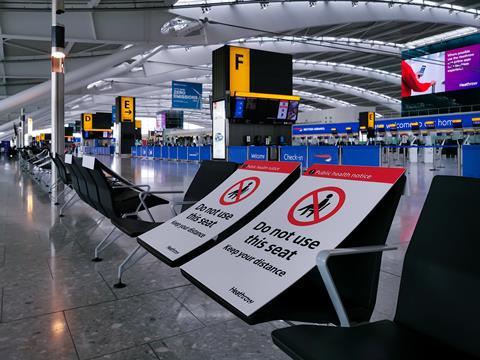 But yesterday he said changes to international travel habits caused by the pandemic meant there were now serious doubts about whether the project should ever go ahead.

When asked if the new runway was needed, according to a report in The Times, Davies told LBC radio: “Not at the moment, quite clearly. Heathrow would be delighted to fill the two runways it has got just at the moment and it’s nowhere near it.”

Asked if he was still in favour of the project, he said: “I would have to redo the numbers to see if the economics made sense.”

Davies did say that, if a new runway were to be needed in the South-east, it should still be at Heathrow.

The expansion project cleared a major hurdle in December when the Supreme Court overturned a Court of Appeal ruling that the government’s backing was unlawful because it had failed to take account of climate change commitments.

Heathrow itself has previously said that plans have been put on the backburner pending its recovery from the pandemic.

“Our priority remains focusing on securing a recovery for the airport from covid-19,” a spokesperson said at the time. ”As such we are reflecting on the judgment and considering next steps while engaging with a variety of stakeholders.”

Yesterday a spokeswoman said that “demand for aviation will recover from covid and sufficient hub airport capacity to support a global Britain will be required”, according to The Times.

Heathrow is not alone in reassessing its expansion plans. Birmingham and Stansted airports have also blamed the pandemic for slowing down plans to grow.