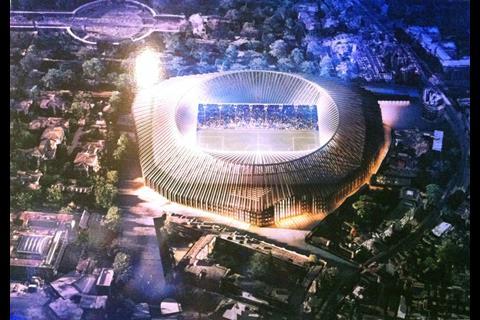 Herzog & de Meuron - proposed stadium for Chelsea FC. The shape of the roof echoes the central roundel in neighbouring Brompton Cemetery, where the club's founder Henry Mears is buried 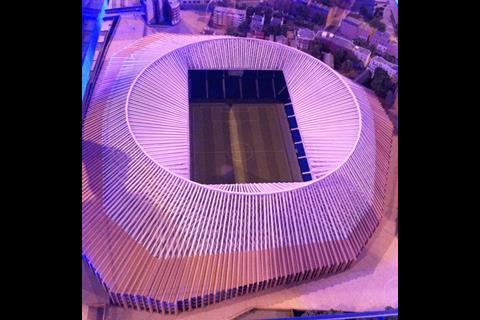 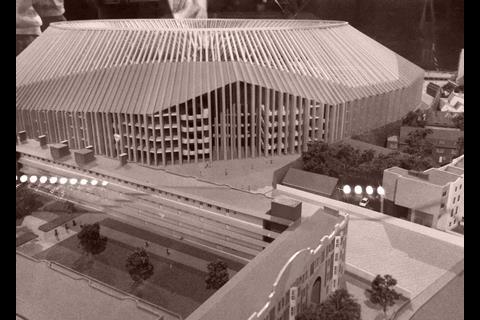 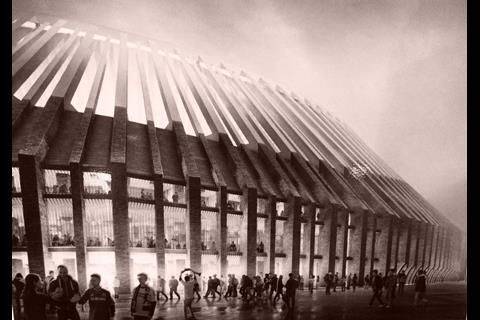 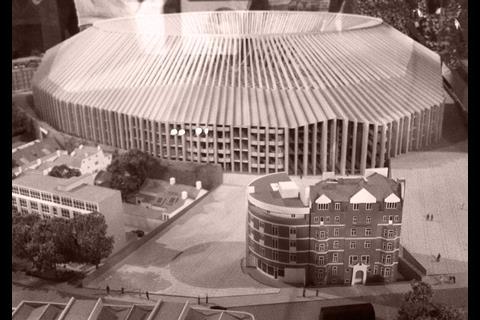 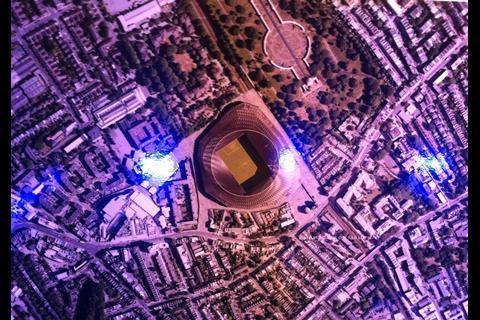 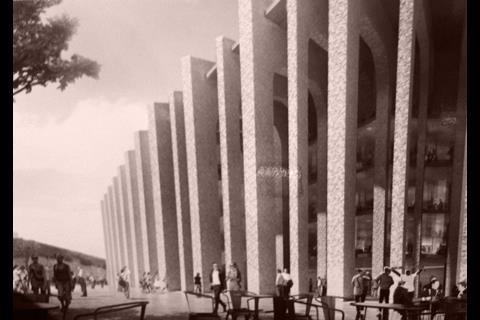 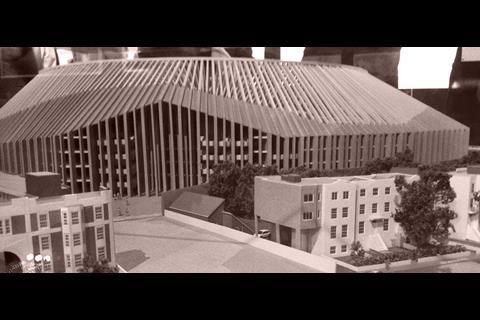 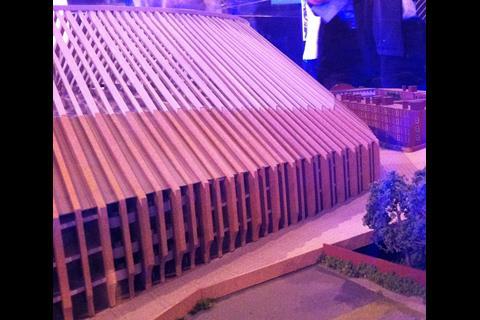 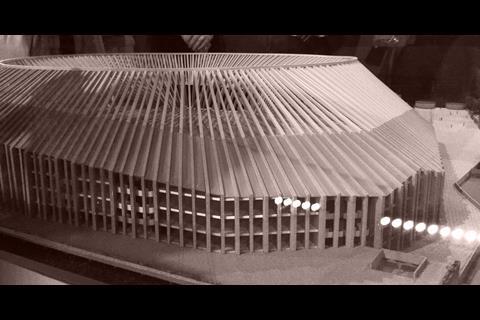 Herzog & de Meuron has created a model and more detailed visuals of its new £500 million stadium for Chelsea FC.

These show for the first time the stadium in its entirety, revealing a perfectly circular oculus above the pitch, emerging from an uneven exoskeleton of brick ribs.

The Swiss architect, which is working with Stamford Bridge masterplanner Lifschutz Davidson Sandilands, said it was inspired by the gothic architecture of Westminster Abbey, which once owned the site, and by the brickwork of Fulham’s Victorian terraced streets.

The premiership club has again not issued official press images but BD went to the public consultation, held in a dark, blue-spotlit room.

The scheme would create a single, unified stadium where there are currently several disconnected stands. It would also slightly expand the constrained site by decking over the adjacent railway line.