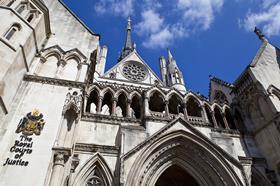 A potential restructure of Halcrow’s heavily indebted pension scheme has been blocked by the High Court, putting 2,500 jobs at the firm at risk.

Halcrow’s US parent company CH2M had sought to transfer its subsidiary’s pension pot into a new scheme, enabling it to reduce payments to pensioners and cut the scheme’s debt.

But the High Court has blocked the move - a decision Building understands could push Halcrow into administration, putting the jobs at risk. Halcrow now trades under the CH2M brand, but still files accounts at Companies House as Halcrow Group.

According to the High Court judgment, the Halcrow pension scheme (HPS) has a £600m deficit, which CH2M is struggling to service.

Halcrow and its pension scheme trustees had agreed a transfer which would have seen the current pension scheme wound up and the assets and liabilities transferred to a new scheme.

But High Court judge Mrs Justice Asplin ruled CH2M’s proposal of creating a new scheme would have been illegal. Halcrow and the pension scheme trustees are now trying to devise a new solution.

The judgment was handed down in December, but was only recently made public due to commercial reasons.

In the judgment, Mrs Justice Asplin ruled pension legislation meant members’ pension pots couldn’t be transferred to a new scheme without each member giving their individual consent. But she said: “Had it been necessary and had I taken a different view in relation to the legal issues, I would have approved the trustees’ decision to enter into the transaction.”

Accounts filed at Companies House earlier this year for Halcrow Holdings admitted that parent company CH2M is “constrained by the obligations of [Halcrow], in particular its pension liabilities”.

They add: “If those obligations cannot be restructured in a mutually beneficial way, then one option for the ultimate parent would be withdraw its [pension] funding for the company and the group [Halcrow].”

The High Court judgment said Halcrow is “heavily balance sheet insolvent” and is “only able to continue as a going concern because of substantial support” from CH2M.

It was also suggested in the judgment that unless the transaction went ahead, Halcrow - bought by CH2M in 2011 - “will be placed into administration and as a result HPS will in all likelihood go into the PPF (Pension Protection Fund).”

CH2M argued benefits to members in the new scheme would be the same as the previous scheme but increases would only be at the statutory minimum, instead of the higher rises in the current scheme.

However, the Halcrow Pensioners Association (HPA) said the proposed scheme was “unacceptable” and claimed its benefits would be at or less than 1% above PPF levels. In response CH2M said it was “wrong for the HPA to suggest that” and the proposed scheme would be “considerably better for members than the compensation available from the Pensions Protection Fund”.